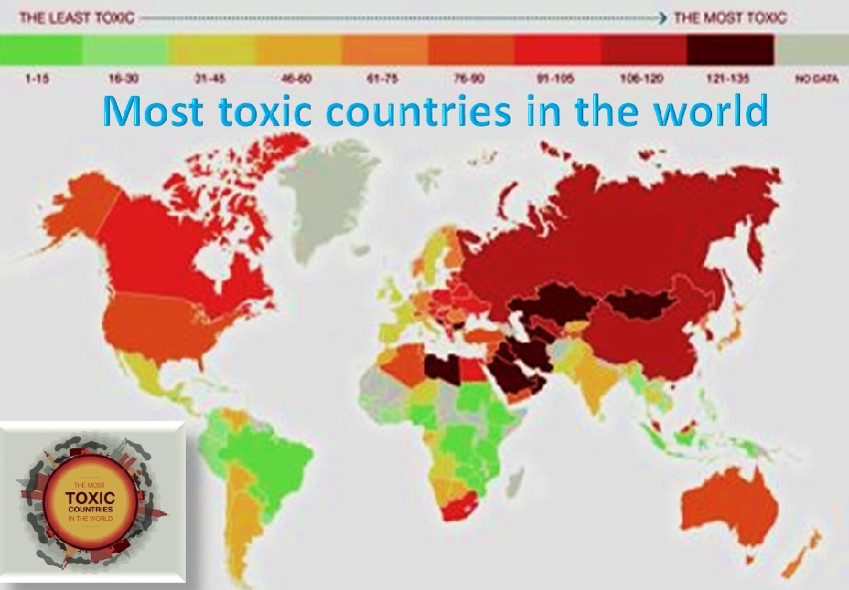 One of the greatest threat we, humans are facing today is continued emissions of greenhouse gases due to climate change. Year 2016 was officially named the hottest year on record with temperature having not been warmer 115,000 years. There was a huge crack in the Larsen C ice shelf in Antarctic region.

It is the duty of every country to launch plans to tackle climate change in order to save mother earth from catastrophic situation and consequences. US President Trump’s recent policy changes is a setback to previous administration effort to change the massive global problem.

Per the World Meteorological organization, today’s world is almost 5 times as dangerous and prone to catastrophe as it was in the 1970s due to the worst climate change. Climate change is a reality today and is having a huge impact on all countries with extreme climate events.

International Energy Agency and WHO released a data earlier this year showing the most toxic countries in the world and these countries need to do the most to limit their impact upon both human health and environment. The ranking was based on each country’s performance with respect to five different factors.

Eco Experts, an UK based Company created the toxic map based on the research data. In a press release, Jon Whiting from The Eco Experts said that “This research is a way of naming and shaming the worst offenders around the world. Their lack of action against emissions not only puts their populations at risk of deadly pollution-related diseases but also threatens the future of our planet. These threats are not distant concerns for future generations; their effects are being felt now and lives are already being lost. This research highlights the need for every country to act fast and put more investment into renewable energy alternatives.”

In order to determine which geographical locations are highly toxic an UK based Company studied air pollution data from 135 countries. They also considered carbon emissions, energy consumption and other factors as stated above.

In the present scenario, what we can see is, the climate change is having a huge impact on mother earth and most of it human made disaster. Pollution may not clearly visible to the eye but its impact is. Instead of being ignorant we need to understand what is that we are doing wrong and take corrective action for it.