Electric Cars On Indian Road By 2030 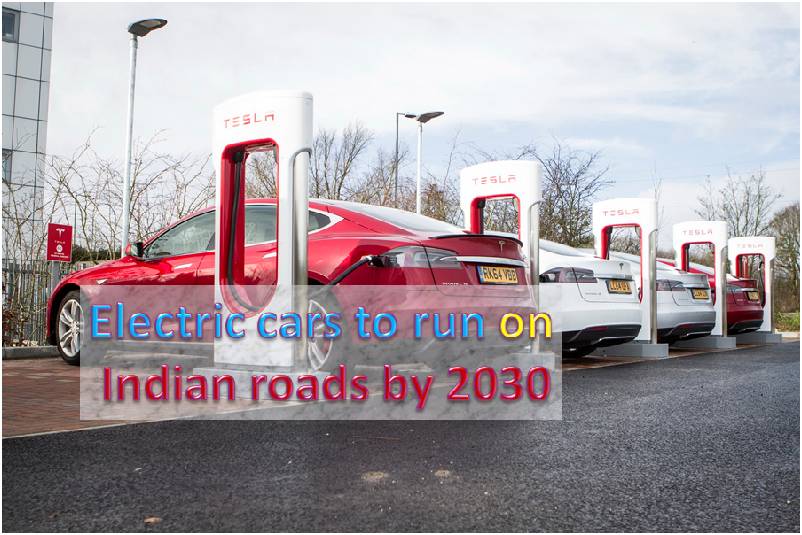 A positive news for all Indians ! In recent years throughout the world the concept of electric car has come to spotlight due to rising pollution, fuel prices and global warming. Now it is India’s turn ! To reduce the air pollution and to bring a clean environment,  Indian Govt unveiled a plan to make every single care electric by 2030.

Pollution in India is a huge problem. It is having a huge impact on civilian’s health resulting more asthma, allergies and lung diseases. The toxicity level is very high in India – recent reports say that India has surpassed China in terms of air impurity levels. Present Central Govt of India has taken a decision to make every single car electric by the year 2030. Indian government has undertaken an initiative to cut down on carbon emissions to benefit the environment and populace.

India’s minister of state for power, coal, and new and renewable energy, Piyush Goyal, told attendees at an investment conference in Mumbai that Indian leaders are planning on making every car on the country’s roads electric by the year 2030, reports Clean Technica.

Considering India has surpassed China in terms of air toxicity levels, this is incredibly positive news.

To meet the goal, the government will be assisting the renewable automotive industry for the next two to three years, or until the market stabilizes. According to press reports, officials are adamant that electric cars will become more affordable options for consumers, as prices are driven down “by demand and not by subsidy.”

The energy plan builds on a similar initiative launched by India’s capital territory of Delhi, in which the city announced plans to ban all diesel-powered vehicles from the roads by 2025. The campaign truly could not come at a better time. In 2025, Greenpeace released a report revealing that India has surpassed China’s air toxicity levels. Additionally, New Delhi is now the most polluting city on the planet.

“Through UJALA, the LED distribution programme, we have already seen about 500 million LED bulbs sold in the last two years. My job is to improve India’s energy efficiency to reduce consumption wherever it is wasteful and ensure that demand is met fully.”

Studies show that electric cars are far more beneficial for the environment and the public’s health than petrol or diesel-fueled vehicles. The United States has the most electric vehicles on the roads of any country. Between 2008 and December 2015, about 410,000 EVs were sold.

Do you know? There are two categories in electric cars: hybrid fuel and pure electric powered. We can opt whichever according to our requirements: