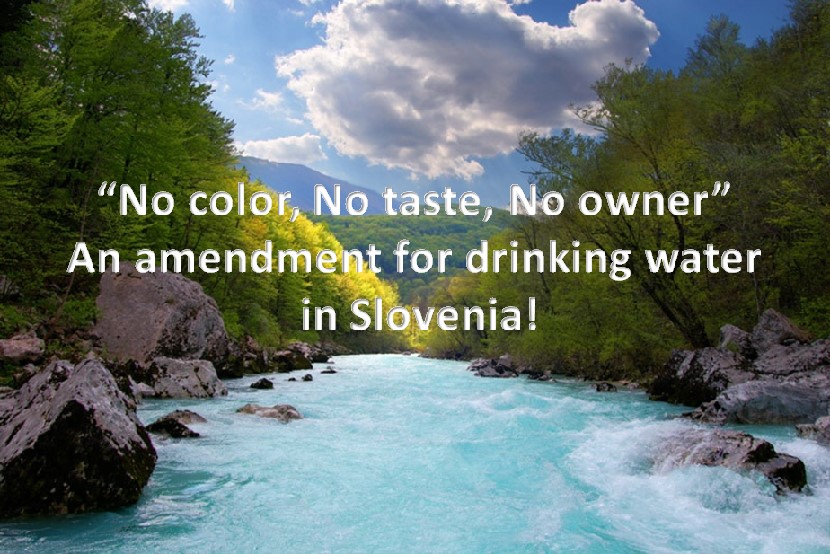 Slovenia is a small beautiful country situated in Central Europe. It is economically advanced than its neighboring countries. Slovenian’s are very proud of their culture and are much protective about their nation. For this country’s citizen now drinking water is freedom!

Many developed and developing countries commercialized the drinking water and selling water especially for drinking purpose is a huge business and natural resources are tapped for personal gain.

Slovenia has gone in opposite direction and has taken a bold step to protect its citizens. Few months back, Slovenia’s has amended its constitution to make access for drinkable water a fundamental right for all citizens and to stop drinking water commercialization.

While US is trying to push to build more pipelines under freshwater and spoiling the natural water resources for profit, Slovenia’s step is very admirable.

This amendment was passed in Slovenian Parliament with a vote of 64-0. The 90-seat parliament added an article to the constitution saying “everyone has the right to drinkable water”.

Slovenian fantastic water quality is one of the reason for this amendment. Per Prime Minister Miro Cerar “Because of its value, in the future it will certainly be the target of foreign countries and international corporations’ appetites. As it will gradually become a more valuable commodity in the future, pressure over it will increase and we must not give in,”

“Everyone has the right to drinkable water and water is not a market commodity!”

‘Without taste, without color and without an owner – water is freedom’.

Slovenia’s constitution now reads. “Water resources represent a public good that is managed by the state. Water resources are primary and durably used to supply citizens with potable water and households with water and, in this sense, are not a market commodity.”

“As it will gradually become a more valuable commodity in the future, pressure over it will increase and we must not give in,” Cerar said in one of his statement.

Did you know? In Slovenia, tap water is often served to you even at the catering establishments, like order a cup of coffee, with wine, food and similar. On warm and hot days, there are also public drinking fountains with natural drinking water available in many Slovenian towns.

Well, there is someone must oppose the good move. The members of Slovenian democratic party (SDS) abstained from the vote saying the amendment was not necessary and only aimed at increasing public support. Per Amnesty International of the two million citizens of Slovenia, about 10,000 to 12,000 people still lack access to drinkable water and the government needs to do more by ensuring access to clean drinking water for all their citizens rather than settling for this amendment. The organization expressed concern and hoped that the law would extend to those in need of clean water.

Says Fotis Filippou, Amnesty International’s Deputy Europe Director “Enshrining access to drinking water as a constitutional human right is an important legal step forward for Slovenia, but Roma communities need more than legal changes. Action is now needed to ensure the changes flow down to all those without water and sanitation,”

There are 15 other countries across the world that have included drinking water right in their constitution. Slovenia is the first European country to include water in the constitution and is role model for other neighbouring countries.