You can drink this plastic 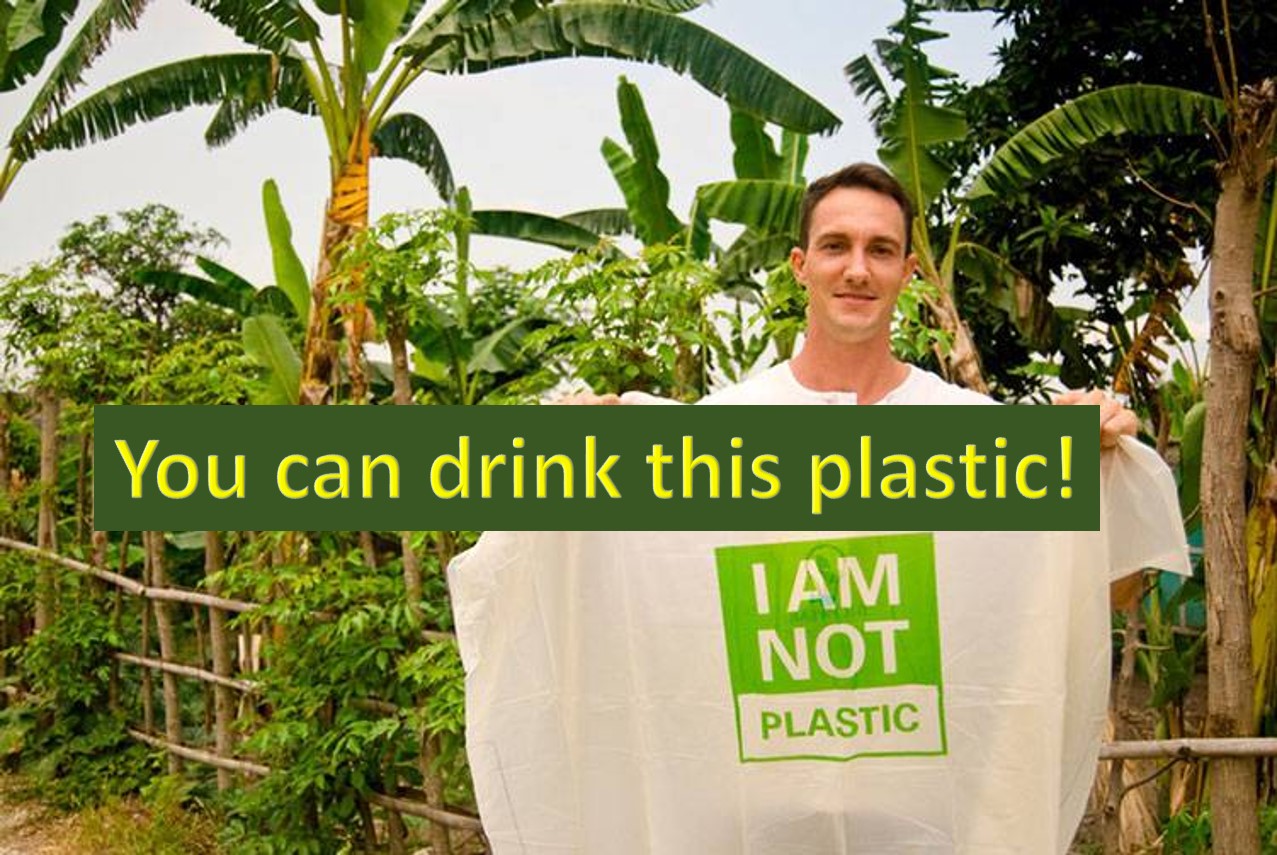 The threat the whole world including the oceans facing is use of plastic. Do you know worldwide every year nearly 1 trillion plastic bags are consumed? Island of Bali which is a beautiful place is also no exception for this threat. Much of the plastics that dumped by China is washes towards Bali shores. A local surfer Kevin Kumala tried a solution for plastic problems.

While watching, motorcyclists wearing disgusting vinyl ponchos that do not decompose the biology graduate thought of a solution to create a better plastic that would not leave trace behind.

Kumala used cassava a common root vegetable that grows in Indonesia to make a mimic of plastic. Kumala and his friend both studied bioplastic and took a note of new materials used in bioplastics like corn and soy starch. Using cassava starch, vegetable oil and organic resins they devised their own recipe that resulted in 100% bio-based material – both biodegradable and compostable, breaking down over period of months both in sea and land. It also dissolves in hot water.

As per Kumala, this bioplastic leaves no traces of residue. It dissolves in water and one can drink that water too as it causes no harm – Kumala claims. It also passed oral toxicity test and is harmless to sea animals.

The company Avani was launched in 2014 to sell the Cassava -plastic ponchos. In three years’ company made its mark by selling Eco products to various purposes. Today, Avani Eco produces company sells four tons of material a day including plastic bags, food packaging and even convers for hospital beds!!

The Entrepreneur has hopes on producing more eco plastics as the demand is raising. With help of reliable investors, they want to make it big. Says Kumala “Govt of Indonesia is supporting us and we are working with them to create a roadmap to be plastic-free by 2018”.

The notion of reduce, reuse and recycle has always been preached but it is crucial to implement this with “replace” says Kumala.

If you visit Company’s website this is the information you will find:  Avani bags are made from purely 100% bio-based material and it is also widely considered as one of the lowest cost for cassava-based bioplastic as well as having distinguishing features as below:

The cost of biodegradable plastic is much higher. However, to overcome green premium barrier for bioplastic industry, young entrepreneur like Kumala need support. Per Kumala -Indonesian Govt’s preferential purchasing schemes in favor of bioplastics can help to overcome the “green premium” as a barrier to growth.

Do you know? The plant derived materials are also derived from raw materials such as corn and potato starch, so manufacturers claim they are sustainable as well as biodegradable. Shrimp shells and Algae are two of the many emerging feedstocks in bioplastic industry.