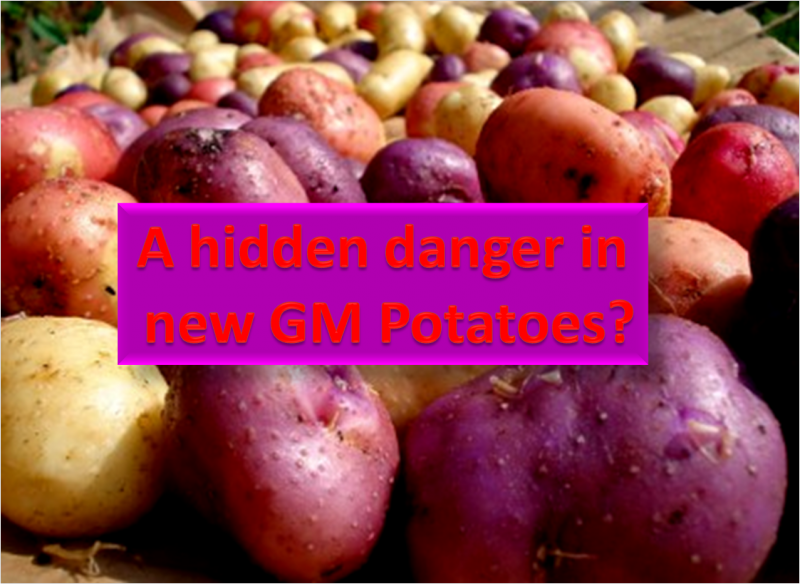 Late last week, the US Department of Agriculture (USDA) approved two new strains of genetically engineered potatoes. The potatoes, created by JR Simplot, have been engineered to resist potato blight, a plant disease made famous for its role in the Irish potato famine in the 19th century. Potato blight is still a major problem for farmers throughout the world and these new GM potatoes have been marketed as a way to prevent this disease. Simplot also claims that their GM potatoes bruise less, contain fewer black spots, and have enhanced storage capacity, though these claims have not been scientifically verified. Now, the only thing preventing these potatoes from entering the market is a voluntary review process through the US Food and Drug Administration (FDA), as well as approval for the US Environmental Protection Agency (EPA). It is estimated that these processes will conclude by January of next year, entering the market officially in the spring of 2017.

However, there is a hidden danger in these potatoes. Though GM crops often use gene splicing, recombinant DNA, and similar techniques, these potatoes are the first plant product using a new technique to advance beyond the experimental stage. The technique, known as double-stranded (ds) RNA, reprograms and silences the genes of the organism. Essentially, a small molecule of RNA is inserted into the potato cells, which reprograms and silences genes in certain pathways. Yet, scientists around the world are aware that these “interfering” RNA molecules can find matches within human DNA, similarly reprogramming and silencing genes in the people who consume these potatoes. Other studies have confirmed this, such as a 2012 study which showed that dsRNA can transfer from plants to humans and other animals through food.

In addition, dsRNA can silence the genes of other organisms who interact with the potato plant, such as honeybees. A study from 2013 found that dsRNA changed the expression of over 1400 genes in honeybees, 10% of their entire genome. The changes in gene expression occurred when the bees were exposed to a single needle containing dsRNA. The affected genes were involved in important developmental and metabolic processes associated with RNA processing and transport, hormone metabolism, immunity, and response to external stimuli and stress.

Other scientists and concerned citizens have also noted that the dsRNA found in the potatoes targets several complex pathways, namely those involved in blight resistance and another involved in browning. This means that there is also the possibility that these modifications could interact with each other, creating new surprise side effects. Also, one of the substances suppressed by the dsRNA plays a vital role in the potatoes’ chemical makeup, and its absence is expected to negatively impact its ability to fight pests, something which will likely benefit pesticide companies much more than consumers. With such potential for disaster and so many unknowns, why were these GM potatoes given the green light? Scientists at the USDA and EPA are on record saying that the current regulatory capacity is not capable of dealing with dsRNA. If that’s the case, why were plants made using this technique approved? Frankly, this appears to be yet another illustration of US regulatory agencies bowing to industrial agriculture, forcing those who unwittingly eat these GM potatoes to become guinea pigs in an illegal and unregulated experiment.