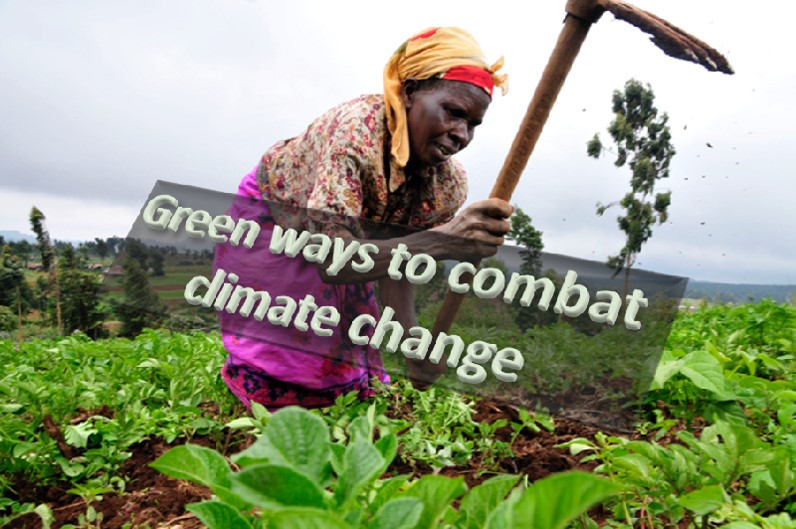 These resilient women are turning to innovation and clean energy to provide for their families.

In Western nations, it can often be difficult to accept that the effects of climate change are being seen throughout the world right now because of first-world luxuries. Things that citizens take for granted, like running water and electricity are unheard of in well-populated but poor areas around the world and these regions’ reliance on agriculture or work that involves their land is actually costing them their lives.

In Kenya, many farms are drying up because of an unusually long drought brought on by the Earth’s changing climate, and people are being forced to turn to another means of income. Once the farms fail, men in the household look for other jobs that tend to only be part-time or seasonal, leaving families with less income and forcing women to join the outside workforce to make up the difference.

Many women have turned to an efficient business that is growing in popularity and even bringing some families out of poverty: clean energy cookstoves that use less firewood than traditional stoves. This initiative not only gives families the income they need, but is helping to protect forests by reducing reliance on firewood. Trees in the forest help stave off drought and regulate rainfall, which in turns helps the communities that still thrive on their farming.

“Demand for cook stoves in rural households is fast increasing as deforestation leaves little firewood available for cooking,” said Nyawira Njau, the owner of a business that sells cookstoves.

Njau sold all of her stock of maize and potatoes last year after irregular rainfall caused poor crop yields in an effort to raise $300 to start her cookstove business. She used the money to buy a shed and cookstove materials to get started and business has been booming ever since. She now earns enough money to provide for her family and send both of her children to school. Since education is the number one way to combat the cycle of poverty, this is great news for families growing up in poor neighborhoods.

Similar initiatives have started in nearby regions, such as “Imarisha,” which means “to make better,” trainers show women from the community how to make charcoal briquettes that are compressed and can be used to burn for energy. Hundreds of women have been trained to make these briquettes since 2014, which they can sell and use to start their own clean energy businesses.

“The training has taught me that charcoal briquettes are in high demand in central Kenya’s highlands,” said Njeri Kiraithe, who signed up for the free training because she wanted to sell her stock in potatoes and start selling briquettes instead. “For instance, chicken farmers prefer to use briquettes to keep their roosts warm at night because the smoke they emit does not make you choke like firewood does.”

“Briquettes also protect the environment because they are made of waste,” she added, as the briquettes are constructed of charcoal dust, flour, and sawdust.

These programs are not empowering women and reducing poverty, but they are green ways to combat the very thing that ruined their farm land: climate change. By refusing to engage in the same harmful practices that got them to this point, they are bettering the world even while living in a state of poverty, and the rest of the world would do well to follow suit.