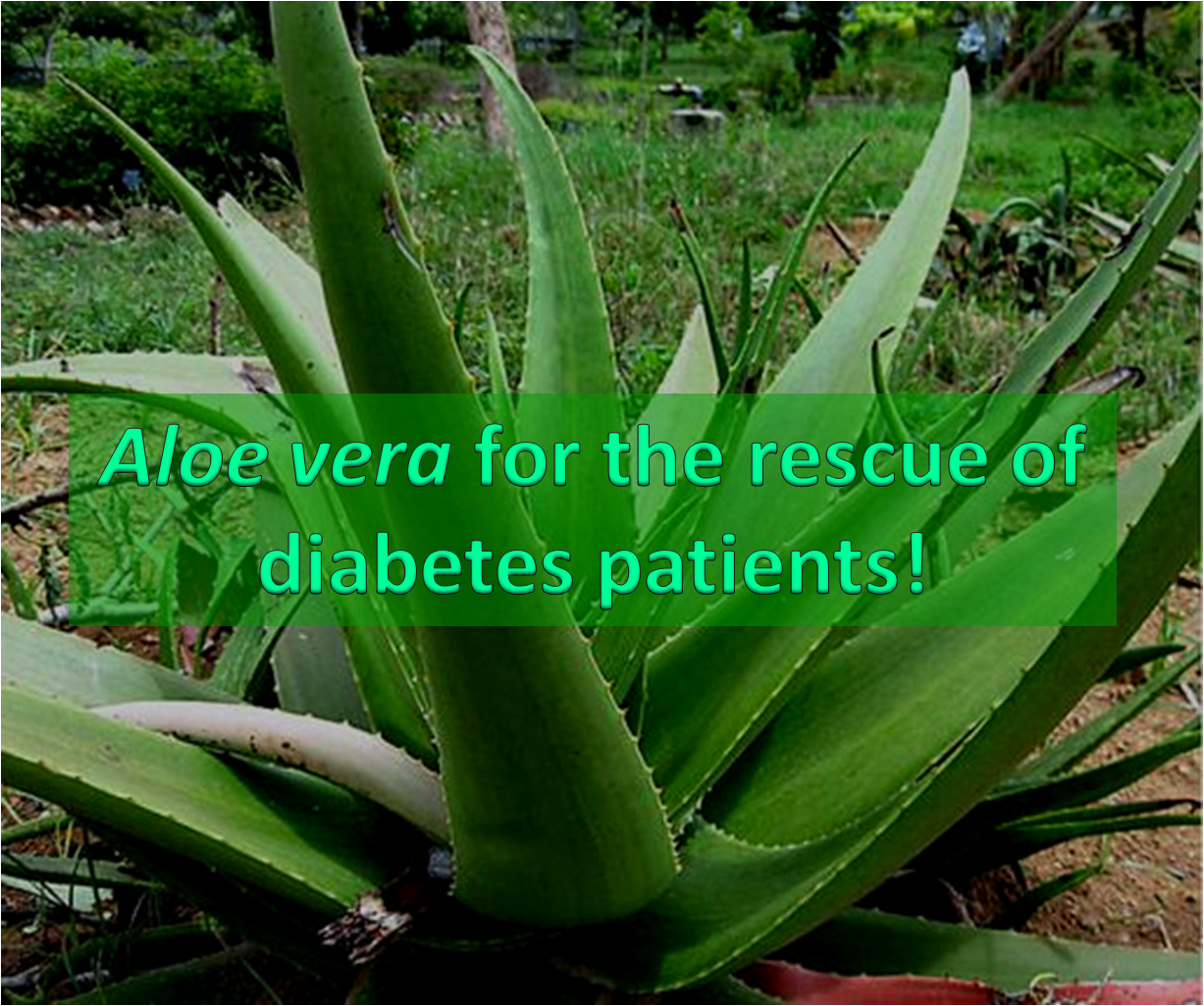 Aloe vera treatment for diabetes !: Researchers are now saying that Aloe vera, a common plant that many people keep in their backyard, should be investigated further for its effectiveness in treating diabetes.

Diabetes is a lifelong condition in which the body cannot produce any or enough insulin, causing blood sugar levels to be so high that they can damage other organs and tissue. Nearly 10% of people in the U.S. suffer from diabetes and 382 million people worldwide live with the disease, making it a force to be reckoned with.

Analysis of Aloe vera as an alternative treatment was done by researchers at the David Grant USAF Medical Center at Travis Air Force Base and was published in The Journal of Alternative and Complementary Medicine.

Aloe vera already has many uses for consumers looking to treat conditions in a nontraditional way. The plant is used as a skin application to treat seborrheic dermatitis, psoriasis vulgaris, and genital herpes, and orally as a laxative. Aloe vera components used for treatments either contain the green rind of the leaves, the inner gel, or both.

According to the researchers,

The authors also cited studies suggesting that some of these compounds play a role in improving blood glucose control, which is the main problem when you have diabetes. The plant also contains trace elements such as chromium, magnesium, manganese, and zinc, known to be important for glucose metabolism by improving the effectiveness of insulin.

The analysis conducted by these particular researchers took a look at how many studies had been conducted about the effect of oral Aloe vera on blood sugar levels and found that only nine studies had appropriate data for meta-analyses.

Each study covered FBG (fasting blood glucose), which measures the blood glucose level during a period where a patient has not had anything to eat or drink, and hemoglobin A1c (HbA1c).

Results showed that Aloe vera decreased FBG by 46.6 mg/dl and HbA1c by 1.05 in the populations studied. Researchers noted that “the data suggest that patients with an FBG ≥200 mg/dl may see a greater benefit.”

Though this data is promising, it isn’t comprehensive or conclusive by any means. The researchers pointed out that there are inconsistencies that need to be tightened up in future studies, such as the formulation of Aloe vera used. The trial periods also had very different ranges, differences in controls, and lack of randomization.

It is for this reason that the medical center is calling for more research to be conducted on Aloe vera and its effectiveness as an alternative treatment for diabetes. Though there is likely hesitation from big pharmaceutical companies because Aloe vera would be less expensive and they aren’t able to form a monopoly over it.

However, patients with diabetes deserve to know if this somewhat simple salve could be used to more easily control their illness.