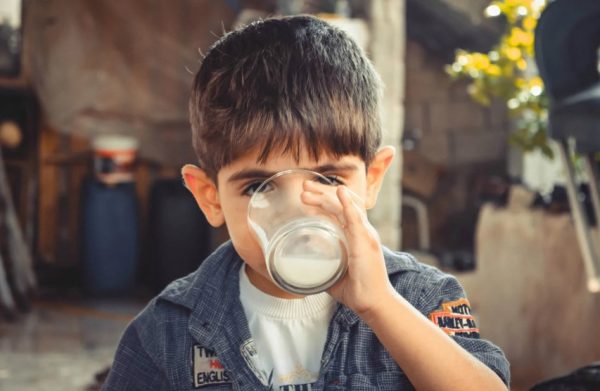 Growing concern over adulterated milk and milk products, FSSAI, India released a press note. Most adulteration of the diary product was with vegetable and animal fats with no concern about the presence of heavy metal contaminants. Out of the 1048 milk and milk samples collected by FSSAI, 399 samples were found to have quality and hygiene concerns. FSSAI in its press release gave a detail information of its action plan for protecting the consumers and for safe quality milk and milk products delivery. A 12-point action has been drawn up to ensure safety and quality of milk and milk products in the country -HealthyLife

New Delhi, November 26 2019: On the occasion of ‘National Milk Day’, Food Safety and Standards Authority of India (FSSAI) released Action Plan for Safe and Quality milk and milk products Subsequent to the release of national milk safety and quality survey report which revealed that only 7% milk samples had contaminants or adulterants that rendered such milk unsafe, FSSAI carried out a survey on milk products. The results of 399 samples analyzed so far (out of total 1048) indicate only quality and hygiene concerns in milk products. Major quality concern observed is adulteration with vegetable fats with no concern about presence of heavy metal contaminants. Microbiological concern observed relates to poor hygiene, while no bacterial pathogens have been found. The interim report will soon be published. Taking into consideration the results of both the surveys and available testing infrastructure, a 12-point action has been drawn up to ensure safety and quality of milk and milk products in the country. These actions are broadly in three areas, namely – (1) testing and continued surveillance, (2) preventive and corrective action for implementation and monitoring; and, (3) consumer engagement. For testing and continued surveillance and to upgrade testing infrastructure, several rapid testing and high-end precision test equipment have been provided to States/UTs. In addition, FSSAI has notified NABL accredited private and other public food laboratories for primary, regulatory and surveillance testing which can be used by the States/UTs to complement testing by the state laboratories. As aflatoxin-M1 and antibiotic residues emerged as a major contaminant in milk, various preventive and corrective action are proposed for the stakeholders in milk sector. There is need for extensive capacity building at primary production levels for following Good Dairy Farming Practices through focused training programs in the areas of animal husbandry, animal health and Feed and nutrition. We also noticed quality issues in milk mostly related to proportion of fat and solid non-fat (SNF) which varies widely by species and depends on breed as well as quality of feed and fodder. This can be improved by proper feeding of Cattle and adopting good farm practices. The milk survey had revealed that even processed milk has both quality and safety concerns which is a serious matter. In this regard, FSSAI has developed and released a harmonized Scheme of Testing and Inspection (STI) to be adopted by dairy processing plants for the purpose of monitoring and self-compliance throughout their production chain in order to strengthen their internal controls. FSSAI also emphasizes the dairy plants to undertake fortification of milk with Vitamins A and D which are lost during processing. Since milk is consumed by all population groups, fortification of milk with specified micronutrients is a good strategy to address micronutrient malnutrition. To build up trust of consumers in safety and quality of milk, consumer awareness and engagement programs will be organized throughout the country. This will include dissemination of details about DART book, magic box containing simple tests to be performed at home to check adulteration in milk and Consumer guidance note on milk products. A guidance document on the Hygienic and Safe Practices for Handling of milk products will also be released. FSSAI has also undertaken a project under joint funding for comprehensive awareness campaign in Punjab through the Punjab State Farmers and Farm Workers Commission for improved awareness and knowledge of adulterants in milk and milk products. Learning from this would be extended as well as replicated in different parts of the country based on the outcome and its impact. Finally to address the unorganized sector which has a major share and to address the issue of raw milk quality, FSSAI would launch a “Verified Milk Vendors Scheme” where milk vendors can voluntarily register through online registration portal and would be provided photo-identity card and properly calibrated lactometer. Trainings would be imparted on clean milk practices with periodic sampling and testing of their milk. The hot spot areas identified would help stringent enforcement/surveillance activities. Food Safety Mitras will also be given a mandate to facilitate registration of these vendors at a very nominal cost. A dedicated portal will be created to facilitate these actions. In order to implement the action plan effectively, regional workshops would be organized jointly by FSSAI, Department of Animal Husbandry and Dairying (DAHD), NDDB, NDRI and food safety departments of the States/UTs.