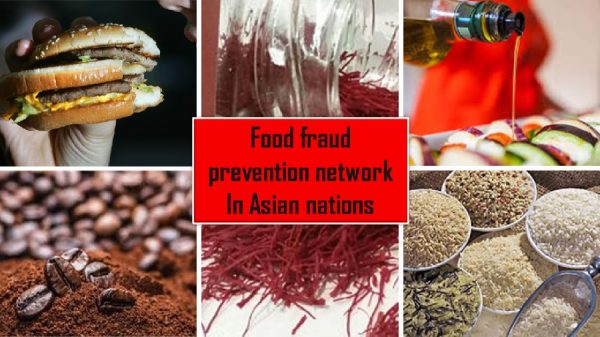 There is a need to create an IT-enabled platform to exchange information related to frauds in the food industries in the Asia region –  Rita Teaotia, Chairman of FSSAI, India

Why Food Fraud is a concern?

Growing need of food in developing countries in past two decades has resulted in food fraud and adulteration. Food fraud is a term used for altering food for economic gain by intentional substitution, addition, tampering or misinterpretation of food, food ingredients, food packaging, making false claim and statements. Food fraud misleads and deceives consumers for financial gain of vendors.

Food safety net services or FSNS is an organization that helps and assures consumers safe food delivery. According to FSNS food fraud can happen in many ways:

The effect of food fraud on human body is not very clear and hence the food fraud investigations and reports does not get much attention the way it should. Food fraud is not detected in most cases because health consequences are often subtle.

Which are the foods that get adulterated?

Some of the economically motivated adulteration (EMA) can result in severe public health consequences. For example Adding melamine in dairy products has lead to infant deaths, adding industrial grade rapeseed oil into olive oil has caused illness in many and resulted in 300 death. Delivery of fishes grown in polluted water has caused mercury poisoning in pregnant woman.

For those who love to eat meat, many times meat products have come from undeclared species – In Europe horsemeat scandal happened in 2013, dog meat supplied to many food restaurants and in 1970’s horsemeat and kangaroo meat was used in frozen beef trimmings!

Some of the cases that were strongly condemned food frauds locally and globally are:

There are millions of foods trade happens between the countries and to prevent the food fraud FAO and WHO has named six codex regions as regional coordinating committees. Each committee is responsible for defining the problems and needs of the region concerning food control and food standard.

Even though FSSAI, has made strong rules and laws against food fraud, businesses are finding ways to cheat consumers. In 2015 alone out of 49,290 samples of food items tested, 8469 (nearly one fifth) were found misbranded or adulterated.

Recently in its 21st session coordinating committee of the UN bodies (WHO and FAO)  Mrs. Rita Teaotia Rita Teaotia, Chairman of FSSAI, India in her inaugural address had mentioned “ There is a need for creating a network of scientific and research institutions for collection and assimilation of scientific facts and data for the region and worthwhile, to create an IT-enabled information platform to ex hange information regarding food frauds and other areas of core interest”

While calling for increased dialogue between countries in Asia codex regions Mrs. Taeotia also mentioned that “countries trade extensively with each other and at least in food, almost 60 per cent of food trade is within the region (Asian). To my view, this alone is enough reason for us to develop a common ground for cooperation”

Networking between not just Asian region, all six regions could have great impact in controlling and stopping food fraud and could save millions of lives.