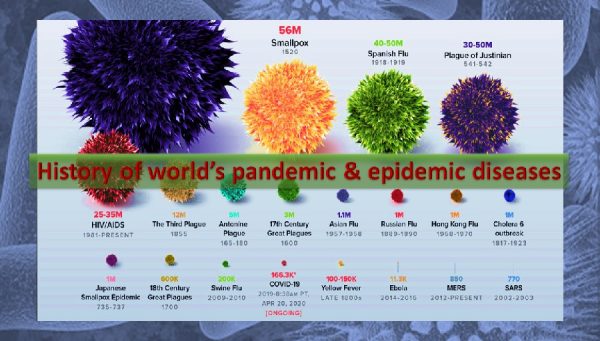 Epidemic and pandemic diseases are primarily different in terms of spread of an illness. An epidemic is limited to one specific region while a pandemic has a worldwide spread. Epidemic disease affects large number of people within a community, region or population. Pandemic like COVID-19 spreads over the multiple countries or continents. Simply to put “A pandemic is an epidemic that ravels with passport”

When we investigate the history from past few decades there are major pandemic and epidemic diseases can be noted in the world. We can see that three of the deadliest plague pandemics -Plague of Athens, Plague Antonine, Plague of Cyprian-  were caused by Yersinia pestis or plague bacterium. Return of plague in Europe in 1347 “The black death” claimed 200 million lives in four years. To stop the disease people started keeping away from ill people and sick people were isolated. This is the first known quarantine implemented for a disease. During great plague law was imposed in 1665 to separate and isolate the sick. In 18th century smallpox virus epidemic is the first one to ended by vaccine by Dr. Edward Jenner. Cholera was investigated by Dr. John Snow and he found cluster of 500 fatal infections to London’s city drinking water. This led to urban water sanitization and protecting drinking water contamination. These diseases have changed human lives and bought new perspective to medical world. While there is no cure found yet, for few of these diseases, scientists have found ways to prevent diseases. 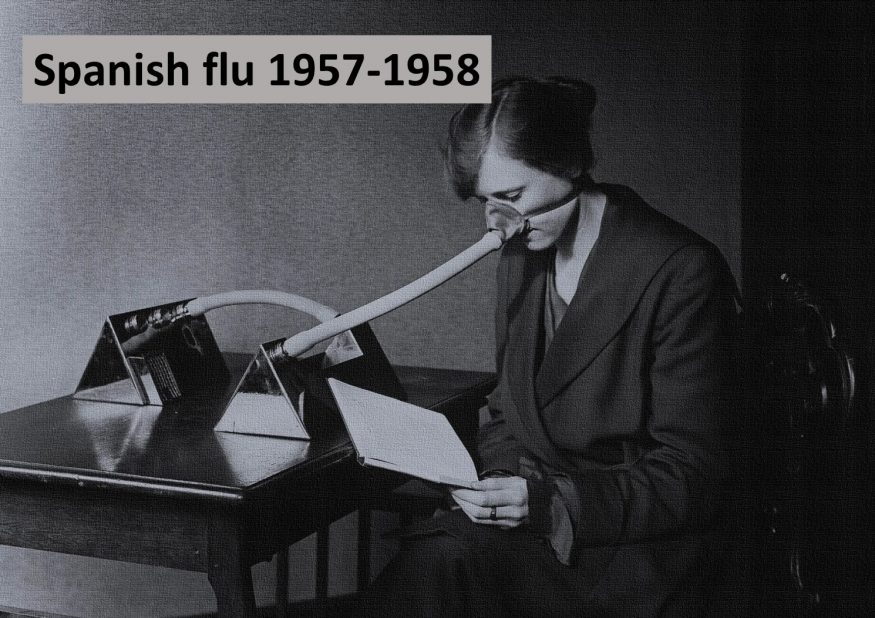 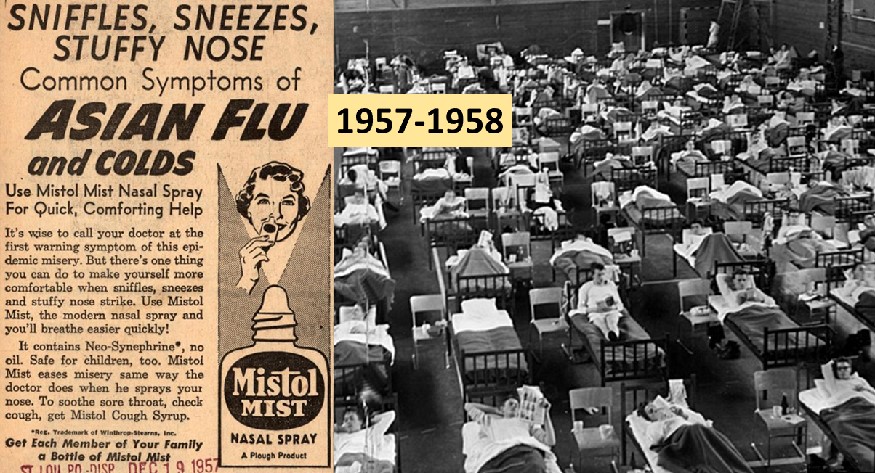 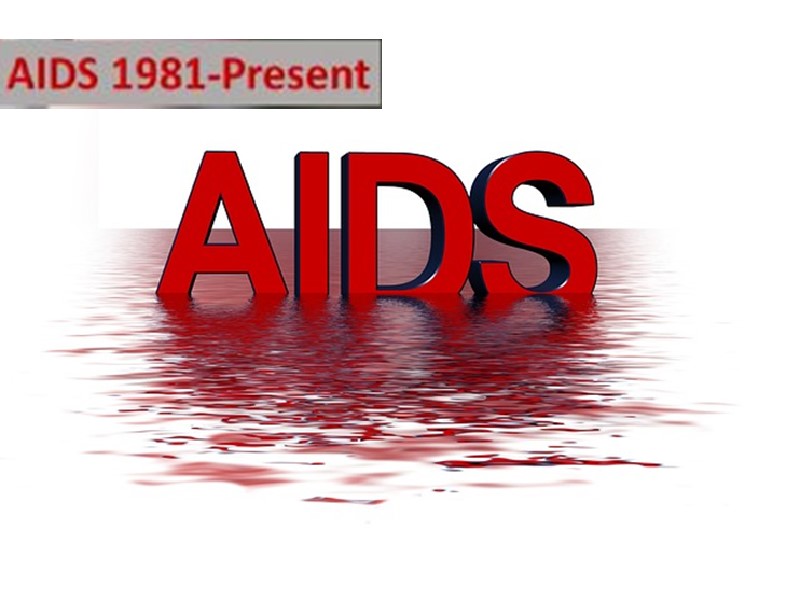 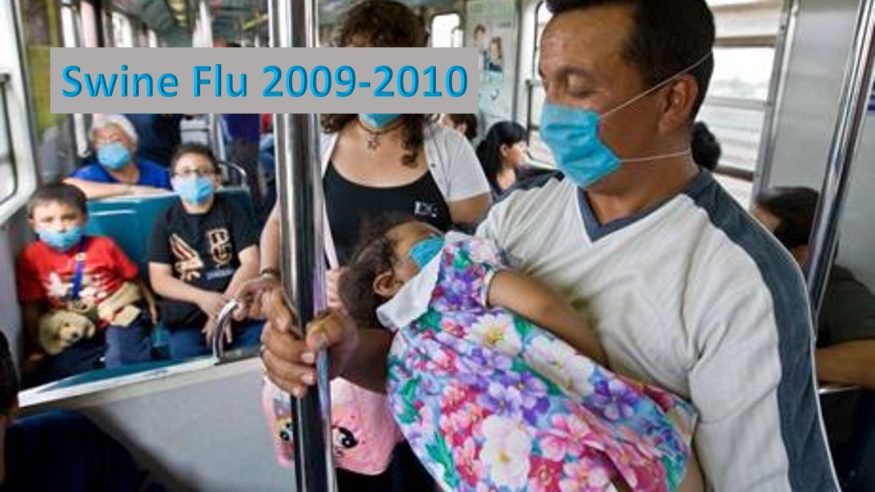 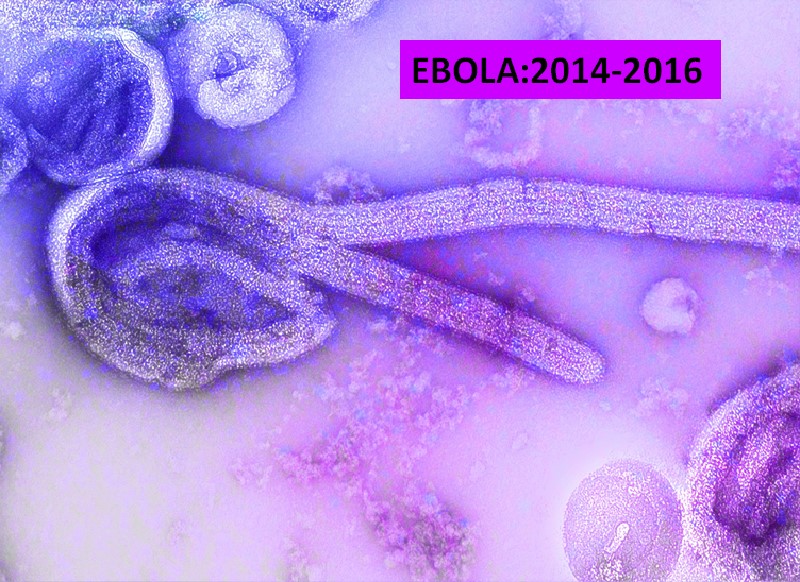 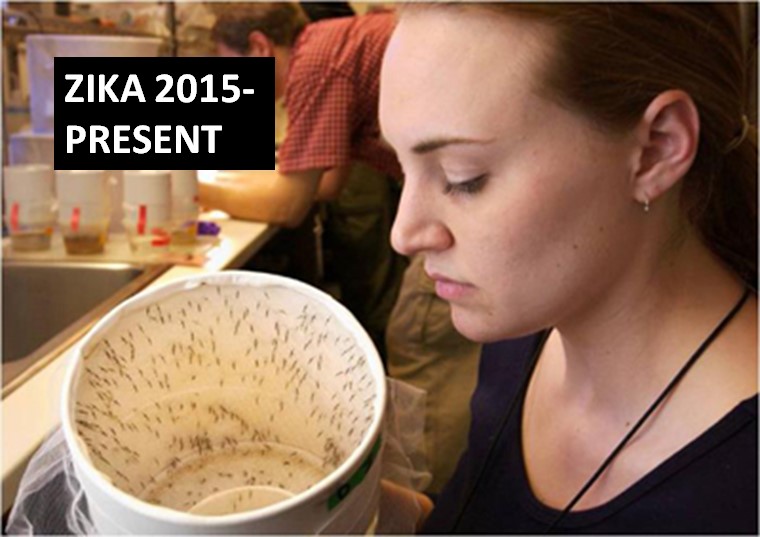