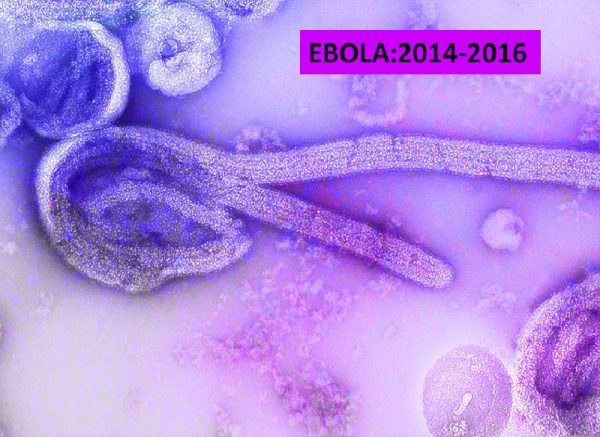 Ebola Epidemic Disease 2014-2016 : Ebola Virus Disease (EVD) is a rare and deadly disease in people and nonhuman primates. The viruses that cause EVD are located mainly in sub-Saharan Africa. People can get EVD through direct contact with an infected animal (bat or nonhuman primate) or a sick or dead person infected with Ebola virus.

Ebola was first reported in Guinea in 2013 December month. Later it was spread widely in West Africa in the year 2014 and it was ravaged till 2016 causing 11,325 deaths and 28600 cases. The disease later quickly spread to Liberia and Sierra Leone. Most ebola cases and deaths reported in these three countries. Other countries – Nigeria, Sengal, Mali, US and Europe also reported Ebola in these two years.

The U.S. Food and Drug Administration (FDA) approved the Ebola vaccine rVSV-ZEBOV (tradename “Ervebo”) on December 19, 2019. The rVSV-ZEBOV vaccine is a single dose vaccine regimen that has been found to be safe and protective against only the Zaire ebolavirus species of ebolavirus. This is the first FDA approval of a vaccine for Ebola.

Image credit: Photo by CDC on Unsplash (Free for commercial use)