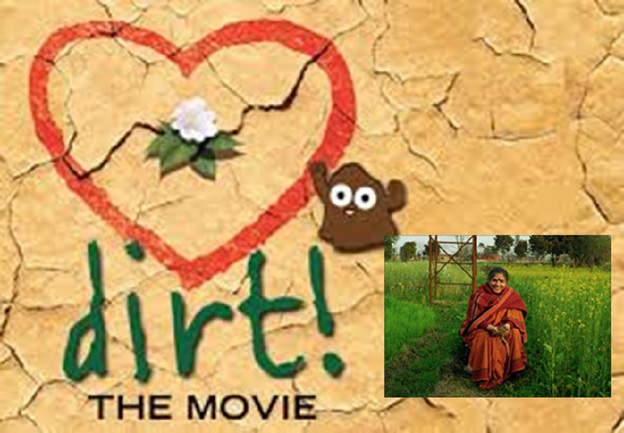 Dirt is very much alive and contains lot of hidden fertile matters. Mining, urban development, industrial farming has huge negative impact on the soil and this resulted in droughts, floods, starvation and global warming with climate change.

How we humans can reconnect to dirt that has billions and billions of organisms who work constantly to bring the balance?  Movie tells the story of Earth’s most unappreciated yet valuable  source of fertility “dirt” that is beneath our feet.

The film makers travel around the world to capture the stories of global visionaries like Wangari Maathai, Vandana Shiva, Gary Vaynerchuk, Paul Stamets and Bill Logan.

Dr. Vandana Shiva discusses with the narrator about her fight in preserving most valuable biodiversity of India. Documentary  narrates the planting work of renowned photographer Sebastião Salgado and his wife Lélia in Brazil.

This movie a must watch as it brings to life the environmental, economic, social, and political importance of dirt and suggests ways we can create new possibilities for all life on Earth. It talks about the lost relationship between humans and soil and how we can preserve the relationship.