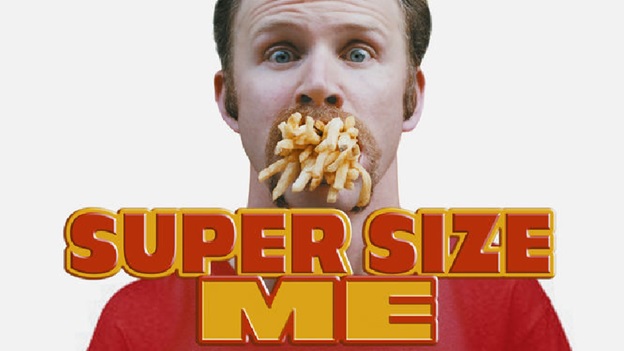 In this movie, Director Morgan Spurlock personally explores the consequences of eating nothing but McDonald’s food for about month. Spurlock himself becomes a proverbial guinea pig in this hilarious and terrifying movie.

Every day for a month, three meals a day- he eats nothing but supersize order from the McDonald’s menu.  While examining the effect of influence of food industry and fast foods on the health Spurlock finds out the influence of fast food diet on his health.

After watching movie many ask one question “why will one eat only MacDonald’s food for a month?”

Movie was made in 2004 (shortly after McDonald’s controversy and legal battel )and still one of the most viewed nutrition related movie – a documentary is available to watch online too.