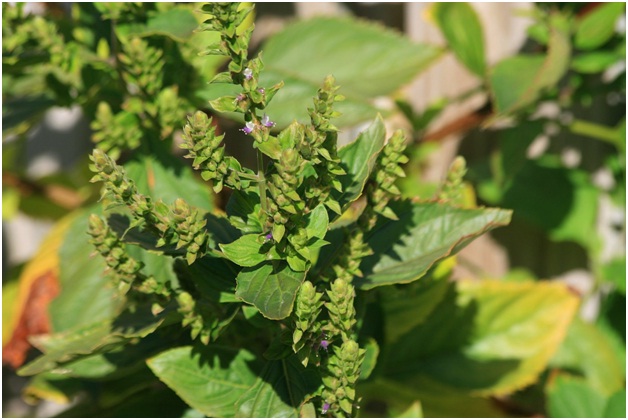 Patchouli is a bush from which the oil is steam distilled from the large furry leaves to produce a thick, dark oil, yellowish brown in color. Its main active principles are patchoulene, patchoulol and norpatchoulol. The patchoulene is very similar in structure to azulene (found in chamomile) and has the same anti-inflammatory properties. The plant has a long history of use in traditional Chinese medicine as a stimulant, tonic and antiseptic. It is widely used in the perfume industry as a fixative due to its long lasting character. Patchouli continues to get better with age. Some of its countries of origin are Malaysia, Indonesia, and Paraguay. Patchouli has long been known as a fungicide, antidepressant and insecticidal oil as well as being antiseptic and anti-inflammatory in nature. This makes it useful in treating many different skin conditions; especially when you consider that Patchouli may also possess the same cell regenerating ability as Lavender and Neroli. Patchouli can be used for treating acne, cracked skin, certain types of eczema, fungal infections (like athlete’s foot), some skin allergies and even dandruff.