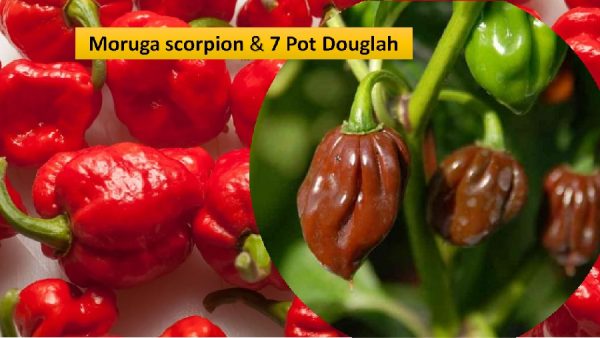 7 Pot Douglah: Originated from Trinidad this chili is another hottest chili in the world. One pod of this chili spice equals to spice of seven pots stew and hence the name 7 pot douglah. These chilis appear in dark brown color skin and has pimpled surface. Initially green and later color changes to dark brown at maturity.