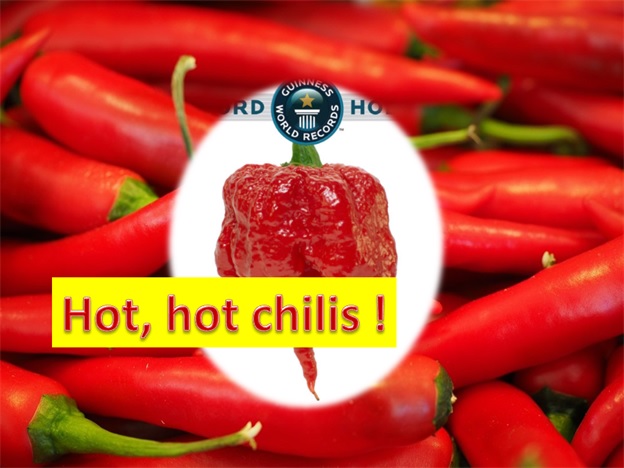 India is the world’s largest producer, consumer and exporter of chilies in the world.

India also has the largest area under chilies in the world. Chilies are the most common spice cultivated in India. It is estimated that India produced 1060345 tons of dry chili from an area of 8, 84,183 hectares. Chili peppers are not native to India.

The Portuguese introduced chili to India in the 15th century—Indian consumers have fully embraced the spicy plants.

Not only do Indians grow and eat more chili peppers than any other nation in the world, but they also have some of the spiciest peppers.

One of the hot pepper, ‘The bhut jolokia’ (also known as the “ghost chili”) is grown in Assam, Nagaland and Manipur and is said to be 400 times hotter than the average hot sauce!!

Do you know? Carolina pepper is the hottest pepper in the world with 2,200,000 SHU. It gets this insane heat from being a cross between a Pakastani Naga and a Red Habanero. Oddly enough this pepper doesn’t just have heat, but excellent flavor as well.