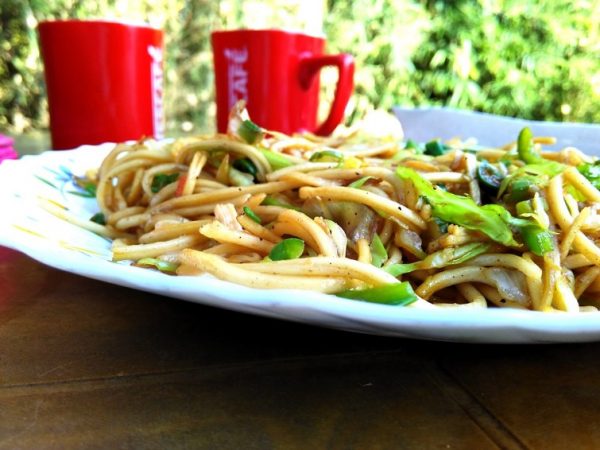 Food contamination refers to the presence in food of harmful chemicals and micro-organisms which can cause consumer illness. Everybody at one time or another has had the experience of eating contaminated food and sometime later becoming sick. This is called food poisoning.

The food poisoning symptoms may include:

In next few slides, you will see some of the foods that are commonly contaminated. Use or consume these foods carefully. 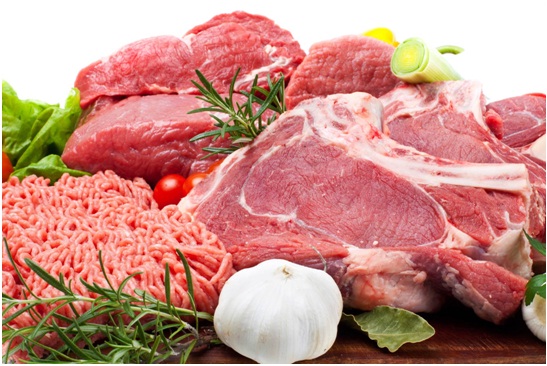 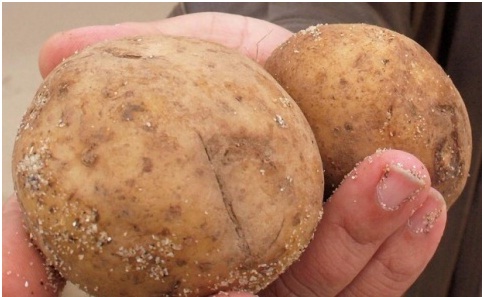 Potatoes are one of the most popular vegetables, but they also rank among the most contaminated with pesticides and fungicides. Twenty-nine pesticides are commonly used, and 79% of potatoes tested exceed safe levels of multiple pesticides. When it comes to microorganisms –Salmonella is the main problem in potato. More than 40 percent of potato outbreaks can be traced back to restaurants and delis where cross contamination has occurred. Each person reacts to exposure differently — most cases do not require medical treatment, but some patients can benefit from antibiotics. 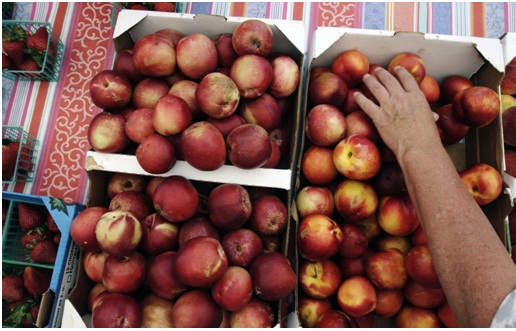 Forty-five different pesticides are regularly applied to succulent, delicious peaches and nectarines in conventional orchards. The thin skin does not protect the fruit from the dangers of these poisons. Ninety-seven percent of nectarines and 95% of peaches tested for pesticide residue show contamination from multiple chemicals. Apart from pesticides the common bacteria that contaminates these two fruit types is Listeria.  These produce may be contaminated with Listeria monocytogenes, a bacterium that can cause fatal infections in young children, seniors and those with weak immune systems. The bacterium can also cause miscarriages and stillbirths in pregnant women.

4) Spinach and Other Greens 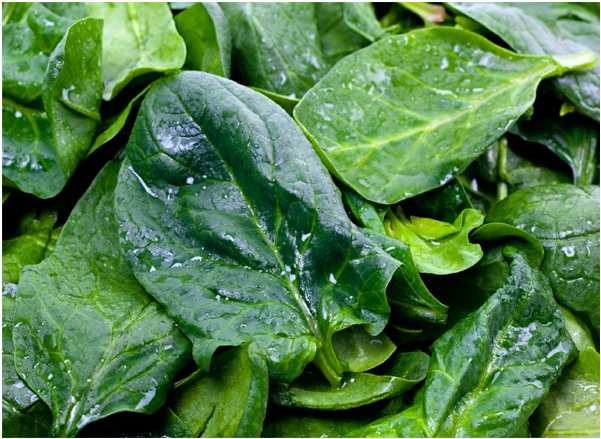 The FDA found spinach to be the vegetable most frequently contaminated with the most potent pesticides used on food. Eighty-three percent of the conventionally grown spinach tested was found to be contaminated with dangerous levels of at least some of the 36 chemical pesticides commonly used to grow it. The two micoorganisms that contaminate spinach and other greens are E. coli and Salmonella. Many times these produces will be recalled for contamination. Check the website of the stores for recall of produces that you buy. 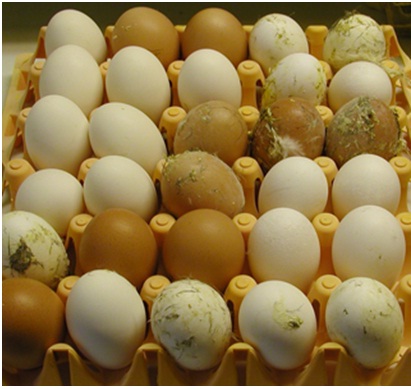 Next on the list of risky foods are eggs, which have been linked to 352 outbreaks of food borne illness. Contamination in eggs is almost always because of the bacteria salmonella. The U.S. Centers for Disease Control and Prevention (CDC) estimates that for every reported case of salmonella, 38 cases go unreported. You might be wondering how those bacteria get inside an egg. The most prevalent type of salmonella infects the ovaries of hens that lay the eggs. “The best way to protect yourself is to cook your eggs so they are not soft or runny.” 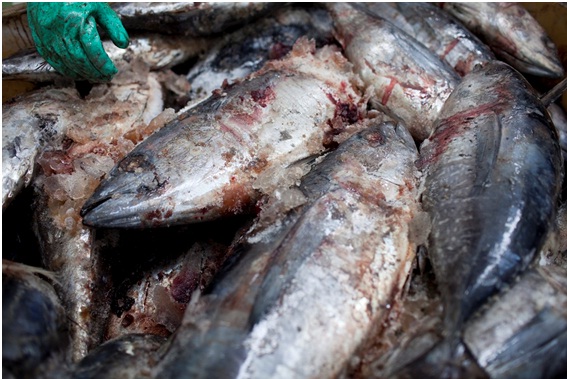 The big problem with tuna is not mercury, but a naturally occurring toxin called scombrotoxin. This toxin can build up in tuna flesh if it is not kept cold enough after the fish has been caught and, unfortunately, you can’t get rid of it even by cooking. Symptoms include headache, nausea, and palpitations. 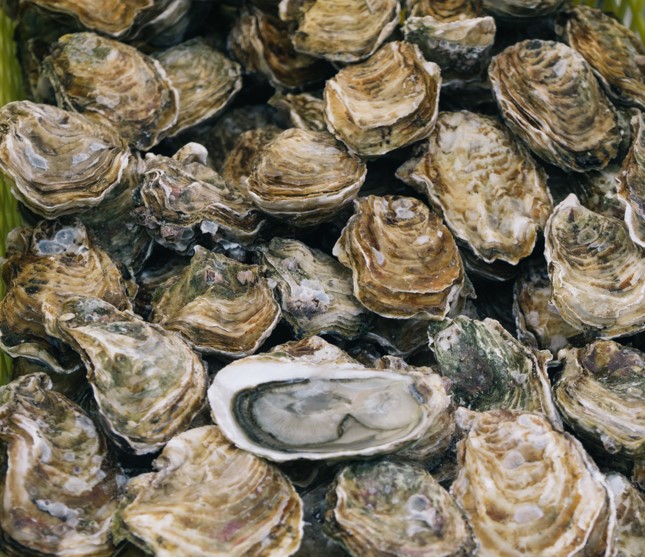 Oysters are another risky food because people want to eat them raw. Most oyster outbreaks are traced to restaurants. Two microbes, known as norovirus and vibrio, cause most of the foodborne illnesses from oysters. The vibrio organism is the more dangerous. It is closely related to the bacterium that causes cholera, an acute intestinal infection. Oysters can be contaminated from the water they grown in or by improper handling. More than 100,000 oyster-related illnesses occur annually with no known deaths. To prevent contamination, avoid raw or undercooked shellfish and keep cooking environments clean. 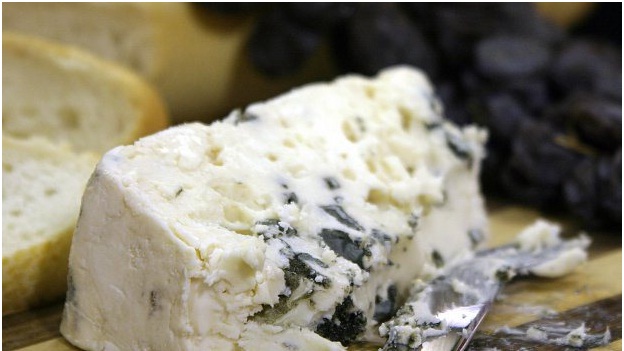 Pasteurization, the process that heats cheese to a temperature that will kill illness-causing bacteria, makes cheese safer, but many cheeses are not pasteurized. Pregnant women and children might want to avoid soft cheeses like feta, Brie, Camembert, and queso fresco because the CDC says they are 20 times more likely than others to be infected by listeria. Hard cheeses such as cheddar and asiago are typically pasteurized and safe for consumption by pregnant women. Still, the CDC reports that most illness caused by dairy is because of raw milk. 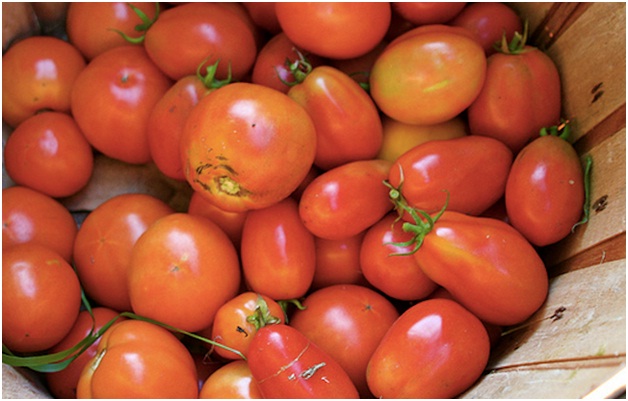 In 2005 and 2006, tomatoes contaminated with salmonella was big news as hundreds of people became sick across United States. Salmonella can enter a tomato through the soil by way of the plant’s root system. Tomatoes can also be contaminated by bacteria or norovirus through cracks in the skin during handling or preparation in a restaurant. Once the tomato has been infected, the only way to avoid food borne illness is by cooking it.