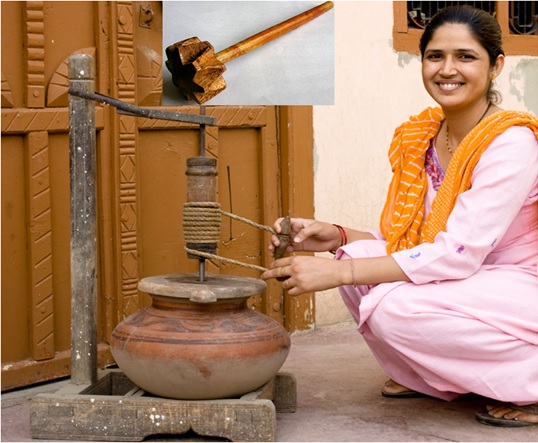 Butter was probably first created accidentally when whole milk carried in skin bags was carried by horseback and naturally “churned” while traveling over rough terrain.

The first documented mention of butter making was in the sacred songs of the dwellers of Asiatic India, dating back to 1,500-2,000 B.C.E.

There is historical mention of ancient tribes creating primitive churns by horizontally agitating cow, yak and horse milk. Butter back then was not only eaten, but used as an illumination oil, for medicinal purposes and also as skin coating to insulate the tribe members from the harsh winter cold.

According to Hindu mythology Lord Sri Krishna was very fond of freshly churned butter!  In many Indian house holds both in North and Southern states  one can see traditional churning of the butter by women of the houses !