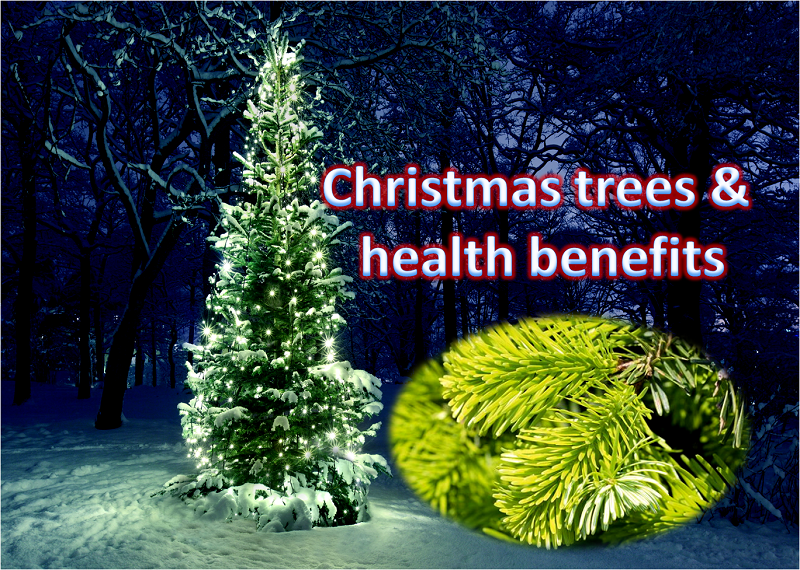 Have you ever wondered why we keep live Christmas trees during holidays and what benefit we get from selecting the particular species of plants?

Following types of Christmas trees are used for decoration. Each one of them have different species under their belt and have health benefits! They smell good every time when we pass through or walk through them.

2) Pine contains pycnogenol Pycnogenol — which has been used as a jet lag remedy—has also been studied for its ability to ease circulatory problems, knee pain, and menstrual cramps; it may even improve memory in the elderly. It is also available as a dietary supplement.

3) Vitamin C : The story of pine tea and vitamin C discovery goes back about 500 years ago. Infact, native Canadians were aware of the importance of Pine tea. A French explorer namely, Jacques Cartier’s ship got stuck in the ice near Quebec. He and his crew faced certain death from scurvy (a vitamin C deficiency) until a tribal chieftain named Donacona brewed the sailors pine tea. It saved their lives and their explorations continued. Later, in the 1940s, a French researcher named Jacques Masquelier discovered that pine bark and needles contain vitamin C.

4) Reduce stress: Christmas trees reduces stress. Spruce trees improves the moods and releases stress. Adding spruce oil, balsam fir oil and scotch oils to candles and other diffusers has positive effect on mind and prevents mental illness.  Traditional aromatherapy recommends these foresty evergreen oils for soothing bumpy emotions and easing stress. Simply shake a few drops on your pillow or even onto a tissue. Breathe in deeply and slowly, relax, and visualize walking through a piney glade. (You can find pine essential oils at health-food stores.)

In Japan, going for a therapeutic walk in the woods is known as shinrin-yoku, which means “taking in the atmosphere of the forest.” This practice has recently been studied for its ability to ease stress.

5) Cure bronchitis and cough: Did you know that oil produced from pine trees can relieve cough and sinus? Inhaling fumes from the oil that dripped from the hot water helps to relieve the congestion!

6) Oil produced from the distillation of pine trees can relieve cough and sinus. You do this by inhaling fumes from the oil that dripped first in hot water.

7) Pain reliever: Pine oil also helps to reduce the body pain and ache. Add five drops of pine oil (P. pinaster) to two tablespoons of vegetable oil and use it to massage away muscle aches and pains. (Remember:  Pinus sylvestris is the one pine we should avoid as it can cause skin irritation).

8) Pine, Douglas fir, Norway spruce – these are most fragrant trees. The aroma spreads in the house helps to lift up the spirits and cleans the air.  Live pine tree also has the ability to protect against sinus infections, clear mucus, phlegm, cure skin conditions like eczema and psoriasis, boost the immune system, fight fungal, and viral infections, stimulate the mind and body.  Whereas, the cedar trees has earthy aroma and is very soothing.  It’s aroma helps to clear nerve tension, anxiety and has been in use for ADHD. It helps in hypertension and insomnia. The fumes from the cedar releases congestion, reduced bronchitis. It also repels moths, fleas and mosquitoes and other types of flies and insects.

The replacement of real Christmas trees with plastic ones has become a practice. People think this is good for environment as real trees will be saved. In a way this is true. However, the plastic trees are made of polyvinylcholide is not good either. It can cause more harm as people tend to discard them after one or two years as they lose charm. US produces millions of acres of Christmas trees and is earth friendly when disposed as they are biodegradable.

If you understand the benefits of having a real Christmas tree for a month or two at home then go for it and make sure to discard them in a proper way.