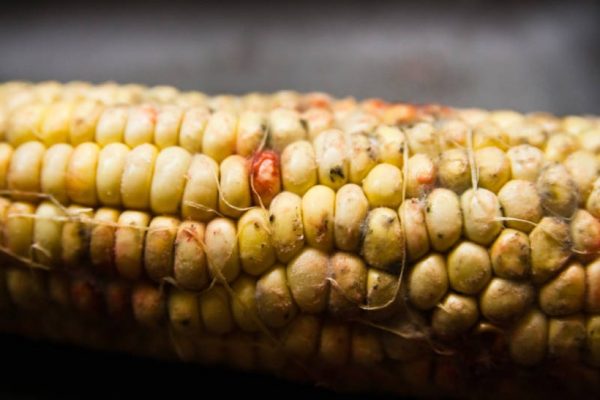 Exposure to mycotoxins generally happens by direct consumption of infected food or indirectly from animals that are fed with mold infected food.

There are many types of mycotoxins are present in fungi world. The most commonly present and observed mycotoxins that are harmful upon consumption for both humans and livestocks are: Aflatoxins, Ochratoxin A, Patulin, Fumonisins, Zearalenone, Nivalenol Ordeoxynivalenol, Tremorgenic toxins, and Ergot alkaloids.

Image credit: a Moldy Ear of Corn Vegetable by Steven Depolo/Flickr (CC BY 2.0)

Author: Sumana Rao | Posted on: January 25, 2021
TAGS: Aflatoxincommon mycotoxinsFusarium toxinMold toxinsochratoxin APatulin toxinZearalenone
« Previous Article Next Article »
« What are the concerns and effect of Mycotoxins Impact of Mold and Mycotoxins on Health »