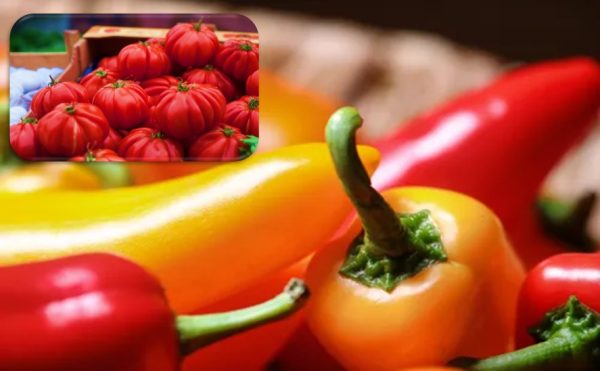 Tomatoes and hot peppers both belong to Solanaceae family. Tomatoes are known for their antioxidants and lycopene content. A fruit but known as vegetable tomatoes take part important role in kitchen.  Fresh tomatoes and tomato extracts have been shown to help lower total cholesterol, LDL cholesterol, and triglycerides. In addition, tomato extracts have been shown to help prevent unwanted clumping together (aggregation) of platelet cells in the blood – a factor that is especially important in lowering risk of heart problems like atherosclerosis.  All peppers contain compounds called capsaicinoids. This is especially true of chili peppers, which derive their spicy heat—as well as extraordinary anti-inflammatory, analgesic, anti-cancer, heart-healthy effects—from very high levels of capsaicinoids, the most common form of which is capsaicin. Hot peppers  in addition to capsaicin content, are high in antioxidant carotenes and flavonoids, and contain about twice the amount of vitamin C found in citrus fruits. The term “peppers” encompasses a diverse group of plants, ranging from the popular sweet green or red bell pepper to the fiery hot habañero or the even more lethal Scotch bonnet.