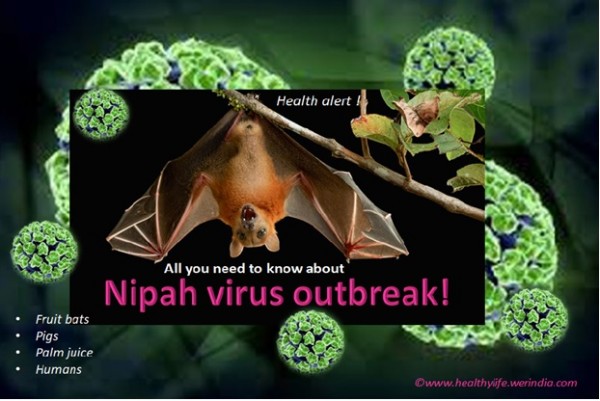 Recently Nipah virus outbreak and several deaths has been reported from Kozhikode-Kerala, India.

According WHO report – fruit bats were found in an unused well near the family’s house along with some rabbits being bred that had died recently.

What is Nipah virus infection? From almost past 2 decades this Nipah virus is causing severe disease in both animals and humans. Natural host for this virus are fruit bats (Pteropus of Pteropodidae family).

Nipah name is originated from Sungai Nipah, a village in the Malaysian Peninsula where pig farmers became ill with encephalitis (1998). On this occasion, pigs were the intermediate hosts. In the 1999 outbreak, Nipah virus caused a relatively mild disease in pigs, but nearly 300 human cases with over 100 deaths were reported. To stop the outbreak, more than a million pigs were euthanized, causing tremendous trade loss for Malaysia.

However, in subsequent NiV outbreaks, there were no intermediate hosts. In Bangladesh in 2004, humans became infected with NiV because of consuming date palm sap that had been contaminated by excreta of infected fruit bats.

Human-to-human transmission has also been documented, including in a hospital setting in India. This year outbreak in India is like 2004 outbreak in Bangladesh. 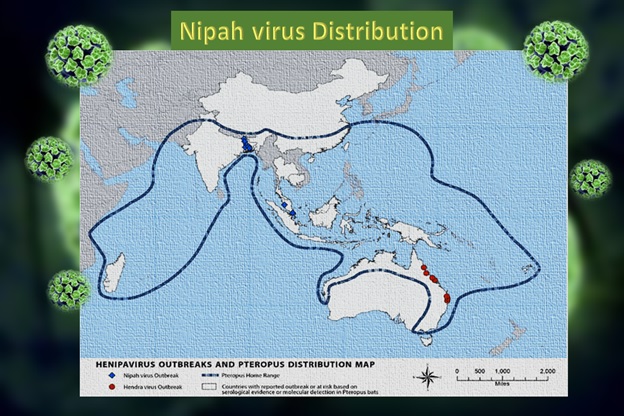 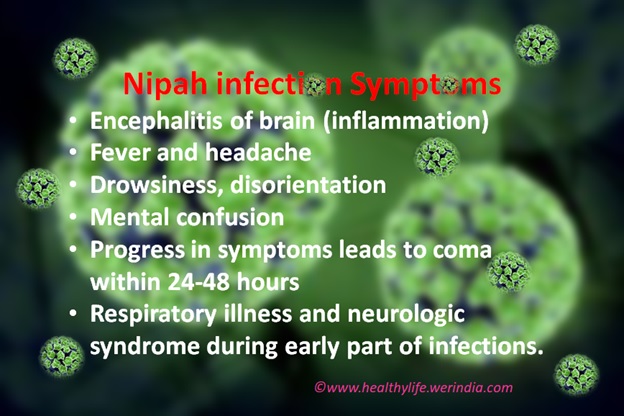 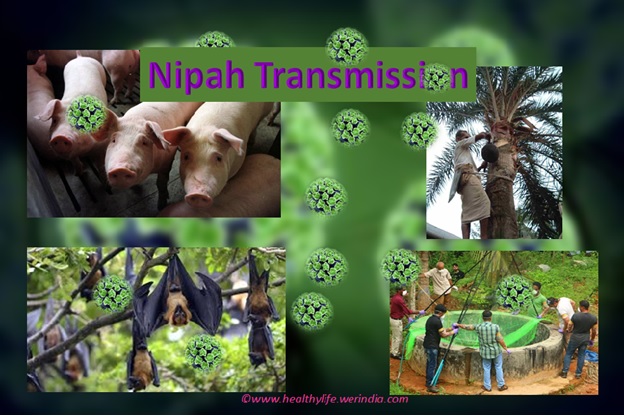 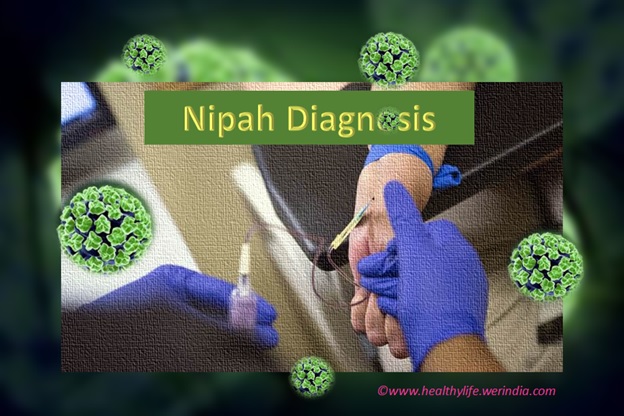 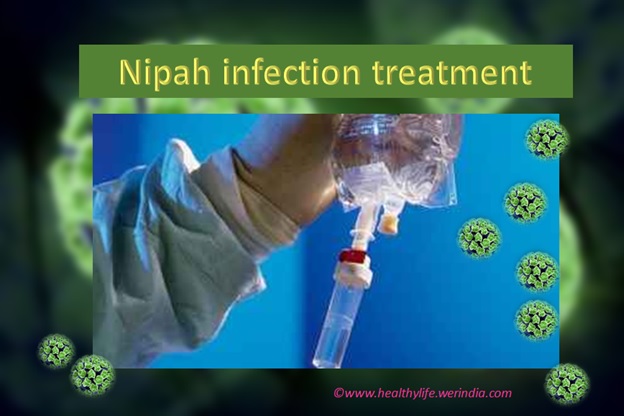 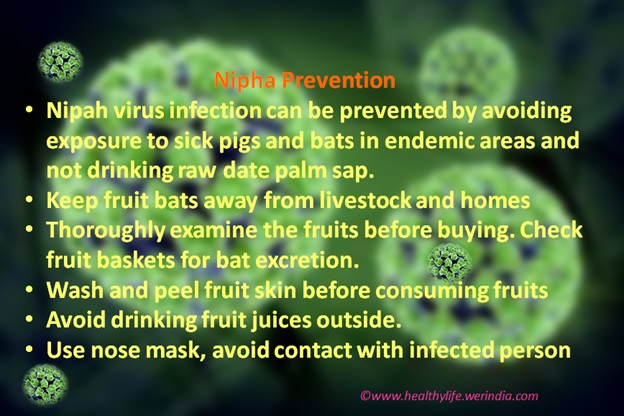