FSSAI warns against the food packed in Newspapers 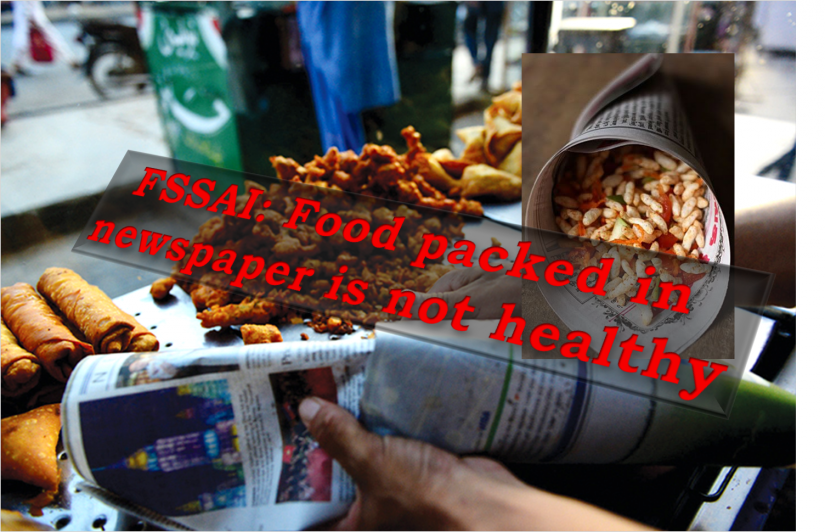 Eating road side food – bhel, puri, churmuri, fries, bajji, samosa, bonda? Then, make sure you do not eat it from a newspaper. FSSAI has given a warning about these types of food as this can cause severe health issues.

Not only the food from road side, if you have a habit of draining oil on a news paper or getting foods packed in news paper then seriously try changing your habits.

The national food regulator of India had informed public not to consume such foods because of the ink that contains chemicals that should not meet food items.

Newspapers are printed all over with ink that is dissolved on it with the help of chemical solvents. Studies have shown that printing ink from newspapers can easily get leached into foods wrapped or served in them and pose a health risk. The solvent used to dissolve ink on the paper can be potentially carcinogenic.

If you are buying food packed in cardboard look for recycled paper mark. If it is, then do not buy such foods as they are unsafe to consume. Newspapers and cardboard boxes used for packaged foods are made of recycled paper that may be contaminated with harmful chemicals like di-isobutyl phthalate and di-n-butyl phthalate which can cause digestive problems and also lead to severe toxicity.

A cereal company during 2010, had to recall an entire batch of boxes coated with paper lining. The material had an increased level of methylnaphthalene which leached into the cereal and consumers reported digestive problems after eating the contaminated cereal.

Women at risk: Recycled paper also has printing ink residues trapped from previous prints. These trapped residues have found to contain hormone disruptors like benzophenones and mineral oils. They can interfere with reproductive cycle, especially in women.

FSSAI drive against packing food in newspapers in Mysuru the cleanest city of India: According to FSSAI officers at Mysuru, Karnataka, FSSAI is planning a drive against food packing in newspaper.  This is to create awareness across the district. Mysuru is a beautiful place where public have access for more street foods.  FSSAI will make effort to reach over 1,500 roadside eateries and every vendor — either through their association or through other means —to educate them about the hazards of continuing the practice of wrapping food in newspapers.

License requirement: According to Mr. Suresh, FSSAI official at Mysuru,  It is important to for the roadside eateries to avail license under FSSAI. During the awareness, Mysuru officials are also bringing up the issue of vendors not renewing their license to practice.  Besides availing a trade license from the Myrusu City Corporation, it is mandatory for vendors to get a licence from FSSAI as well. This besides roadside eateries, restaurants and star hotels are supposed to have an FSSAI licence. A penalty ranging from Rs. 30,000 to Rs. 3 lakh can be imposed on those flouting the norms. The FSSAI license fee starts from Rs. 100.