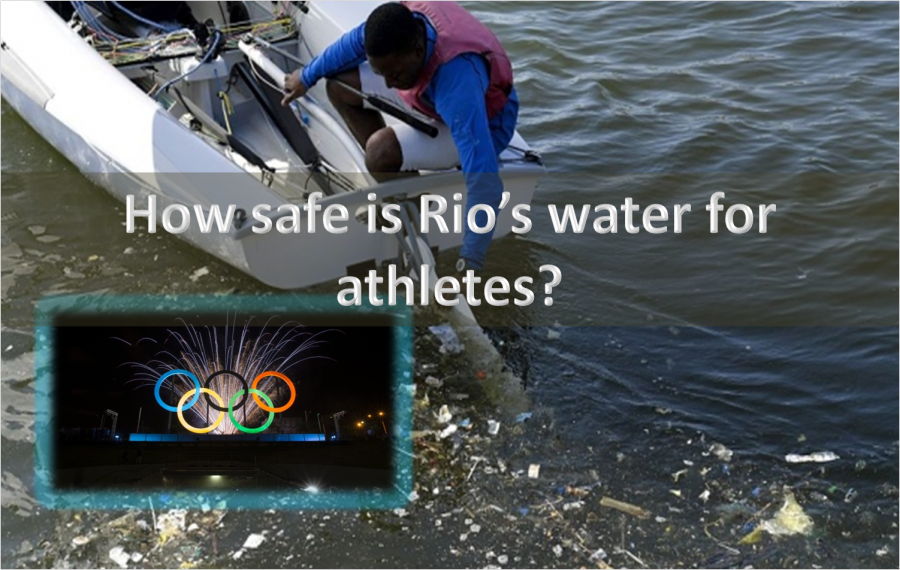 Did you know? 3 Teaspoons Of Water In Rio Is Enough To Make Anyone Seriously Sick. A new study found that viral levels in Rio’s water are 1.7 MILLION times what Europe or the U.S. considers “worrying.”

With the Olympic Games just around the corner (ps: started this week) in Rio de Janeiro, Brazil, doctors are warning athletes to keep their mouths closed while in the water. The reason? Well, a 16-month-long study determined viral levels in the city’s water to be 1.7 MILLION times what Europe or the US consider to be “worrying.”

The mind-boggling reality is a result of raw sewage being pumped into the water. In fact, it’s estimated that ingesting just three teaspoons of the water is enough to many anyone seriously ill.

The news is especially concerning for the athletes that participate in water sports, such as rowing and sailing. Distractify relays that Rodrigo de Freitas Lagoon and the Gloria Marina are among the most contaminated places in the area. At the lagoon, where rowing will take place, scientists found 1.73 billion adenoviruses per liter. Compare that to a location like California – a U.S. state that has some of the most polluted water – which has viral readings in the thousands.

Effects of swallowing the toxic water may result in stomach and respiratory illnesses. In addition, heart and brain inflammation are also concerning possibilities. The most frightening aspect of this news is the fact that antibiotics would be useless against these viruses.

According to Dr. Valerie Harwood of the Department of Integrative Biology at the University of South Florida, 16 months of vigorous testing found that 90% of all locations had high levels of the viruses.

“That’s a very, very, very high percentage. Seeing that level of human pathogenic virus is pretty much unheard of in surface waters in the US. You would never, ever see these levels because we treat our waste water. You just would not see this.”

Olympic athletes are not the only ones in danger, obviously. Many of the beaches, according to Dr. Harwood, are also contaminated. Her advice to the half a million tourists who will flock to the city? Avoid putting your head underwater. Swimmers who ingest the water get “violently ill.”

Sadly, even the sand isn’t believed to be safe. Harwood advises parents to keep their your kids from playing in the sand because samples of sand from beaches at Copacabana and Ipanema revealed viruses which could pose a health risk to babies and toddlers.

“Both of them have pretty high levels of infectious adenovirus. You know how quickly an infant can get dehydrated and have to go to the hospital. That’s the scariest point to me,” said Dr. Harwood.

Olympic officials insist that the water is safe, but this latest finding by the Associated Press indicates otherwise. Hopefully, this news serves as a wake-up call for the rest of the planet to adopt more sustainable habits before other waterways become toxic and polluted.