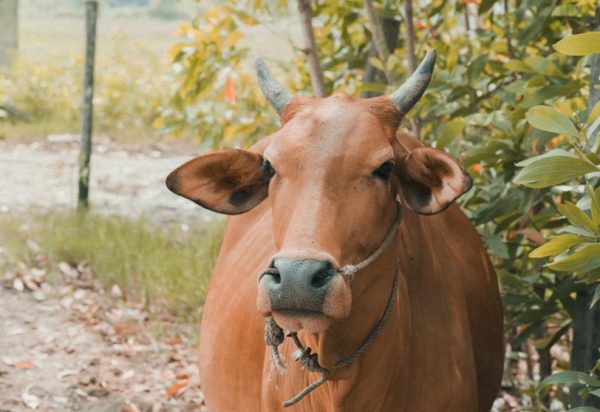 So what do you think? Where the chocolate milk comes from? If your answer is Brown cow then it shows how disconnected we are from the original food source and how poor our knowledge about our food and health is.  Sadly, seven percent of all American adults — roughly 16.4 million people — do not know that chocolate milk is made of milk, cocoa, and sugar, according to a new nationally representative survey by the Innovation Center for US Dairy. Instead, they reported it comes from brown cows. The Innovation Center for U.S. Dairy says 7 percent of American adults believe chocolate milk comes from brown cows. The study is meant to demonstrate how disconnected we are from our food – www.healthylife.werindia.com

The fact that some people — 16.4 million, to be precise — believe chocolate milk comes directly from a cow’s teat is a problem.

Because consumers have the option of picking and choosing from a plethora of goods when they visit the supermarket, few consider where their food comes from. This is a conundrum, one that is leading to ignorance pertaining to food cultivation and its use. And, a new survey commissioned by the Innovation Center for US Dairy confirms this.

Reportedly, an astonishing 7 percent of American citizens believe chocolate milk comes directly from a brown cow. In fact, the question “Does chocolate milk come from brown cows?” is the most frequently asked question on the Center’s website. Fortunately, a polite response is offered: “Chocolate milk – or any flavored milk for that matter – is white cow’s milk with added flavoring and sweeteners,” reads the website.

The fact that some people — 16.4 million, to be precise — believe chocolate milk comes directly from a cow’s teat is a problem. And, ignorance concerning where food is sourced doesn’t end there. As Food and Wine reports, the nationally representative survey which took into account 1,000 adults’ answers found that 48 percent of respondents admitted they weren’t sure where chocolate milk comes from. That means approximately 154,272,000 potential voters aren’t confident enough to guess “cow,” as IFLScience points out.

As sad as this is, it isn’t the first time Americans have proven themselves to be uninformed about where food comes from. A study conducted in the early 1990s discovered that 20 percent of adults didn’t know hamburgers were made of meat from cows.

The additional findings from the Innovation Center for US Dairy’s study are actually quite humorous. On average, 37 percent of people secretly drink milk straight out of the container in the fridge, and another 29 percent use their children as an excuse to buy chocolate milk so they can drink it later/

The survey speaks volumes about present attitudes toward food — at least in the U.S., and drives home the need to educate consumers on not only the effects of eating certain foods but the necessity for every individual to grow a garden and develop a relationship with the Earth and its inhabitants.

Image credit: Photo by Min An from Pexels
(Free CC0)