Ghee And Its Importance - HealthyLife 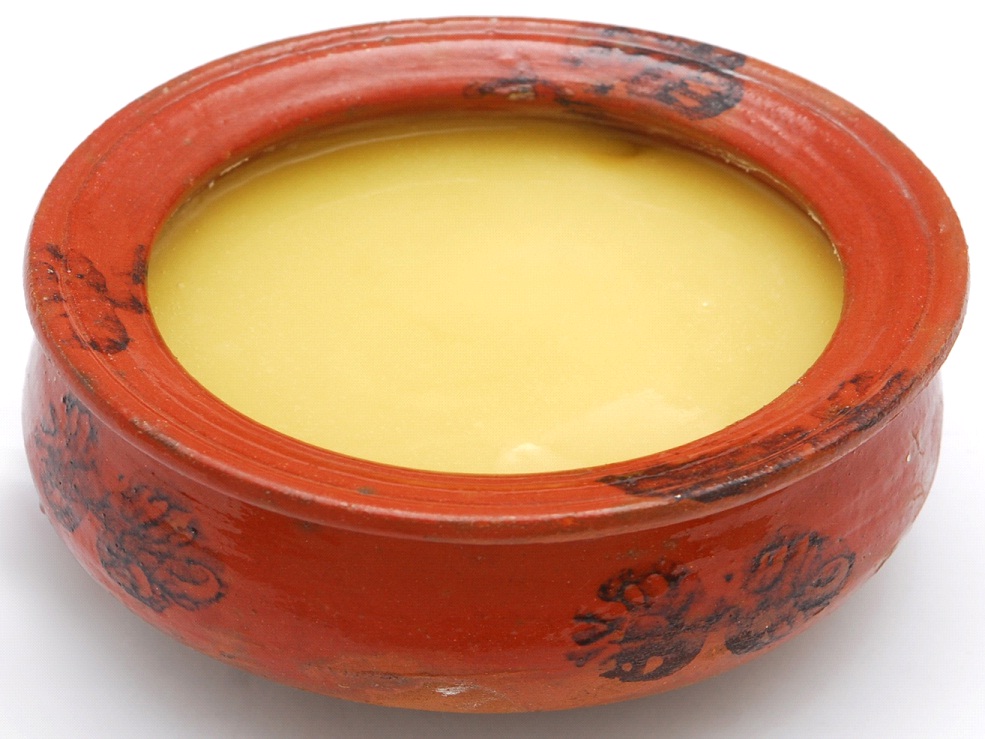 Yoga and Ayurveda has lot to offer and the roots of these both amazing subjects goes back beyond 5000 years. We know more about Ayurveda and we know that Ayurvedic medicines use ghee as one of the ingredients. However very less has been mentioned about importance of ghee in any text or nutrition contents. In India, with the modern knowledge use of ghee is falling behind. Everything or anything that has used ghee as one of the important ingredient is considered as unhealthy, fatty food and high in cholesterol. In modern era ghee is replaced by vegetable oils and fats.

Ghee preparation: Take the butter in a thick-bottomed large bowl. Wash the butter several times. Drain the water completely. Switch on the stove and keep it at medium flame. The butter will melt in no time and starts boiling with thick, white foam at the surface. As the bubbling increases, you will notice that the foam will become thinner and the bubbles will become bigger and clearer. Bubbles will get more translucent and the foam will eventually disappear. Milk solids, which are now at the bottom, begin to turn brown. At this stage switches off the stove. Wait for 10 minutes. Strain it into a dry glass jar. Left milk solid brown or slightly black is very tasty and can be applied on bread or rotis.

From Ayurvedic perspective ghee is viewed as more potent than milk due to it being transformed by fire. It is also much more stable, and can be kept for long periods without going bad. In Thrissur, Kerala the idol of Shiva, which is not visible, is covered under a mountain of ghee, formed by the daily abhisheka (ablution) with ghee over the years. After abhisheka a portion of the ghee is returned to the devotees and they take it home as the ghee has miraculous powers to cure all diseases. A devotee looking at the sanctum now sees a thirteen-foot high mount of ghee embellished with thirteen cascading crescents of gold and three serpent hoods at top. According to traditional belief, this represents the snow-clad Mount Kailas, the abode of Parvathy and Parameswara.

Ghee has its place in Indian Vedic culture in the form of medicine as healing and promoting good health.

Ghee is perceived as the essence of milk, with the cow’s first milk for the calf being comparable to the general teachings from Lord Krishna in the Bhagavad Gita. Similarly in Buddhism also it is said that (Chavalath Sutta/ Anguttara Nikaya IV.95) Buddha used same analogy, In his teachings Buddha says ” from a cow comes milk; from milk, curd; from curd, butter; from butter, ghee; from ghee, the skimming of ghee, and that is reckoned the best; even so, monks, among these four individuals the person who is engaged in promoting his own good and also the good of another is the foremost, the chief, the principal, the best and the supreme.” The remaining milk, cream and butter are analogous to the next three levels of teaching, each more subtle than the last. Ghee represents the most subtle teachings of all.

In Yogic practice it is said that for the concentration of the mind and to keep body in alert yogis were suppose to practice sitting and staring in front of ghee lamps. Through such purification, where ghee symbolizes the burning away of illness, ignorance and mental afflictions – it is said that one will be able to understand and realize that everything is made of God.

It is believed that Ghee is Satvik (pure) food and it is purifying the mind, awakening knowledge and developing intuition. Ancient Yogis used ghee to helps move towards Yoga’s aim of stilling the mind, via the promotion of both physical and mental purification. Ancient texts give dietary guidelines for the Yogi, with ghee coming first in lists of ‘do’s’. It is advised”sweet and nourishing food should be mixed with ghee and milk, nourishing all dhatus [tissues] and be pleasing and suitable.” (Hatha Yoga Pradipika, C1/62-63). There are certain foods that prohibited while consuming ghee. Foods those taste bitter, pungent, sour, salty were considered to interfere with ghee. In fact, yogis develop a kind of sensitivity to these foods including onion, garlic and chillis. (http://www.ayurvedicyogi.com/).

For yogis, ghee with a light soup is very helpful in rekindling the digestive fire. It is said that after fasting one should consume light soup with ghee to bring back digestive tract action.

Ghee’s ability to purify the mind has been mentioned in Ayurveda. As per Ayurveda the tonic that is needed for mind is present in ghee. Ghee taken daily in the diet will help practicing Yogis in strengthening the mind and purifying intellect (=bhuddhi).

While practiicng various types of breathing exercises and yoga poses it is known fact that body creates heat. This heat is more than physical heat as it is a pranic, mental, or spiritual heat and related to mind or psychic in nature. This of course, leads to purification of mind. However, too much heat can also cause strain on both body and mind. As mentioned in “Science of Pranayama” drinking milk mixed with ghee reduces this type of heat. They also neutralize acidity and heat in the stomach, created by these practices.

By being the essence of the sacred cow, Ghee is itself sacred. Sages, yogis, saints and our ancestors used ghee for sacred purposes, rituals and as nutritious food. Our ancestors used to leave the milk for calf first and then whatever the amount of milk was left in cow’s udder was used for making ghee and other sacred purposes. With modern technology, cows are injected with hormones and other medicines to get large amount of (thick) milk and calves are forcibly separated from mother at the birth itself. These actions brings doubt in the mind of people who love animals and poses questions about usage of milk and sacred ghee.