"Do you know these extraordinary plants - HealthyLife 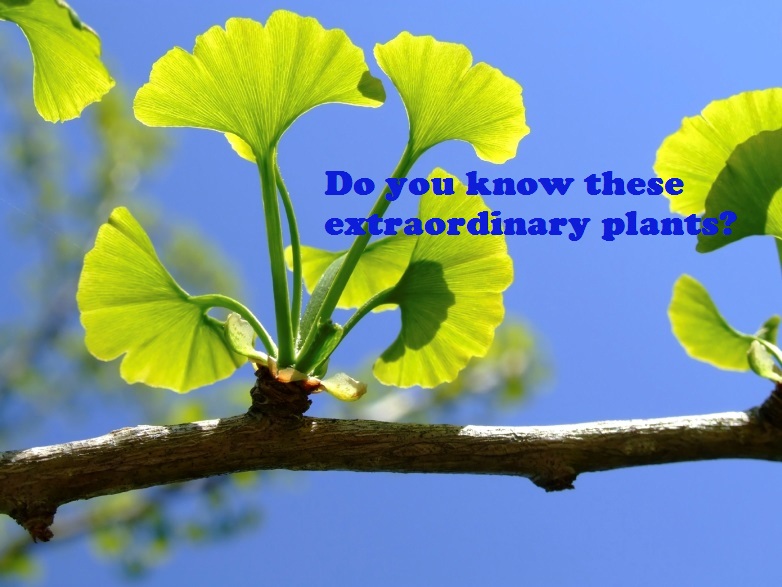 The lower plants are thought by most people to be quite useless members of the plant kingdom. Being a group of lower plants, it remains unattended and their useful aspects are largely ignored. However these can be used for food, fiber, crafts, building material, abrasives, decoration and also as medicine. These lower group of plants are Gymnosperms, Pteridophytes, Bryophytes, Fungi and Algae.

See how these plants are helpful as food and medicines. 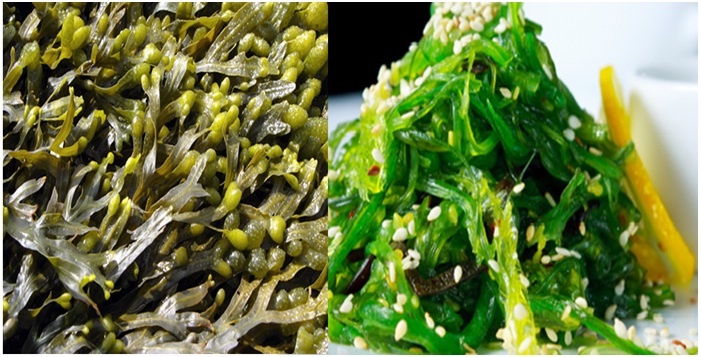 Seaweeds are sea plants, plants that grown in the sea. The nutrients / vitamins / trace elements are more readily available in seaweeds / sea plants than they are in land plants.

Eedible-seaweed Seaweeds / Algae are identified by their colors and comprise of three divisions: 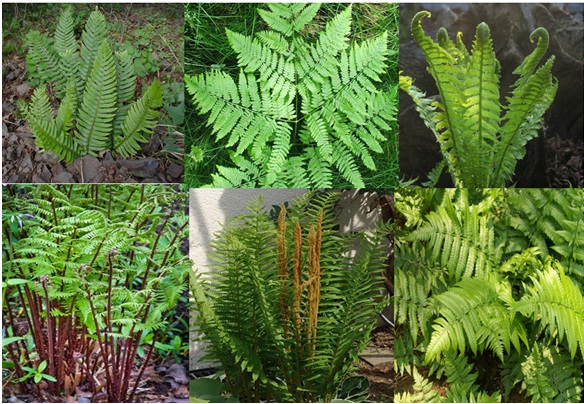 Pteridophytes are vascular plants (plants with xylem and phloem) that reproduce and disperse via spores. Because they produce neither flowers nor seeds, they are referred to as cryptogams. The group includes ferns, horsetails, clubmosses, spikemosses and quillworts. These plants mostly known for their ornamental values. But there are many of pteridophytes that are edible. 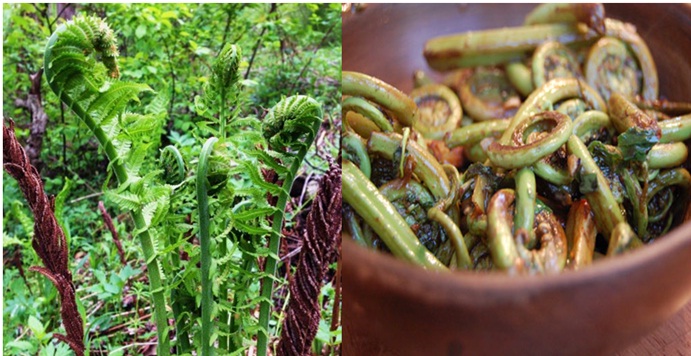 Young fiddlehead ferns are a delicious and nutritious edible delicacy and available in the spring.

Fiddleheads like to be in the shade. It is important to know that you have the right ones though, as some of the other ones are toxic.  They will start to come up in April or May, depending on the weather.

How to cook fiddlehead ferns?

Fiddlehead ferns gently sauteed with garlic and herbs are tender, flavorful, with just a bit of a crispness left to them. They taste a little like asparagus.

The six most common types of edible mushrooms 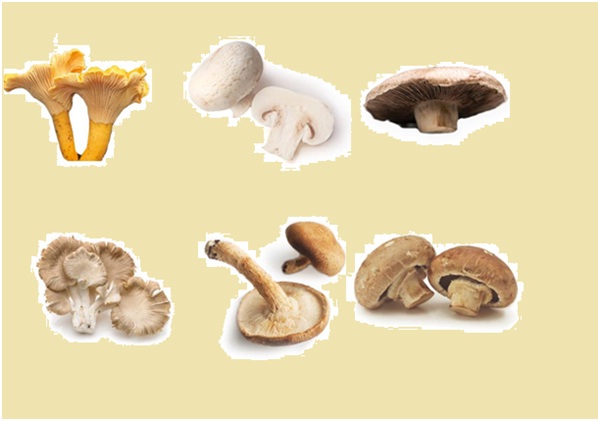 A mushroom (or toadstool) is the fleshy, spore-bearing fruiting body of a fungus, typically produced above ground on soil or on its food source.  There are many mushrooms that are edible that are available in the market.

Prized for a fruity aroma, chanterelles range from yellow, orange, and brown to pale white or black. The funnel-shaped caps have wrinkles instead of gills on the underside, which should be washed quickly but carefully before using.

The most common type, white mushrooms range in size from tiny—called button, which are harvested when young and have the mildest flavor—to jumbo, which can be stuffed and baked. Creamy white to pale tan, they have a firm texture and a delicate flavor.

Velvety and trumpet-shaped, oyster mushrooms have delicate brown, gray, or reddish caps on gray-white stems. They have a peppery flavor that becomes very mild when cooked. Young, small specimens are considered the best.

With meaty tan to dark-brown umbrella-like caps, shiitakes have a distinctively smoky flavor and taste best when cooked. Available fresh or dried, they work well in stir-fries as the flavor doesn’t fade next to ginger and garlic. Although the stems are too tough to eat and should be removed from the heads before cooking, you can use them to flavor stocks and sauces before discarding.

Similar to white mushrooms but with a firmer texture and deeper flavor, creminis are actually immature portobellos. The button-like caps range from pale tan to rich brown. The stems are edible. 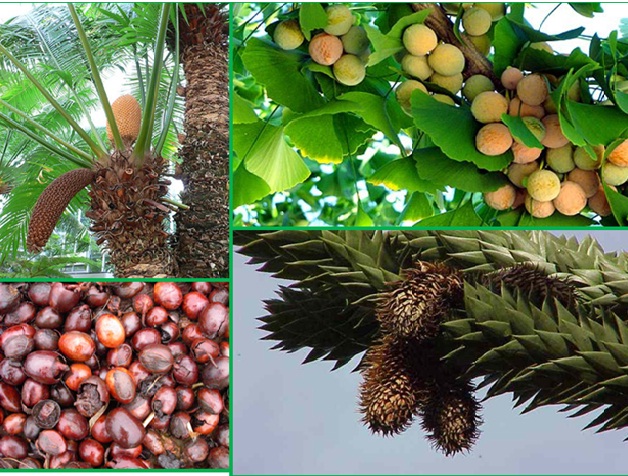 A gymnosperm, (Greek gymnospermos, =”naked seed”), is a seed that does not have an enclosure. The following gymnosperms are culinary nuts. All but the ginkgo nut are from evergreens. 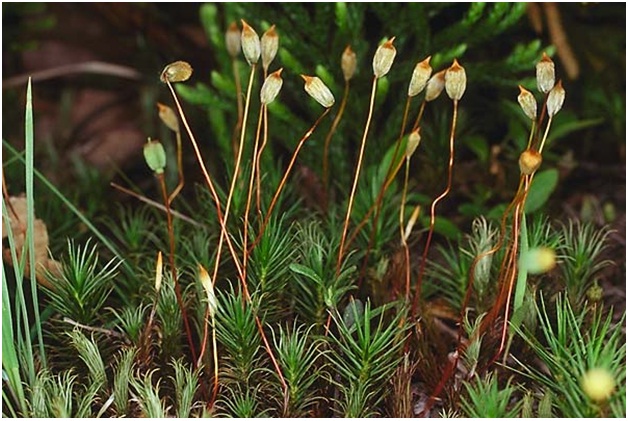 Bryophytes are non-vascular plants and are small herbaceous plants. They are mostly present in swamps and near water sources. They are mosses, hornworts, or liverworts.

Bryophytes are among the simplest of the terrestrial plants.

2  Plagiochasma appendiculata L On skin disease: The fine paste of the thoroughly washed thalli is applied externally on affected area.

3 Polytrichum species For hair growth: The fine powder of Polytrichum thallus is mixed with oil and applied on hair to improve hair growth. As wound healer: The thallus paste is bandaged over the wound for healing.

4 Riccia species:Against ringworms in children: The thallus in washed and ground to paste and mixed with jaggery and given to the children affected by the ringworms.

12 Comments on ““Do you know these extraordinary plants?””