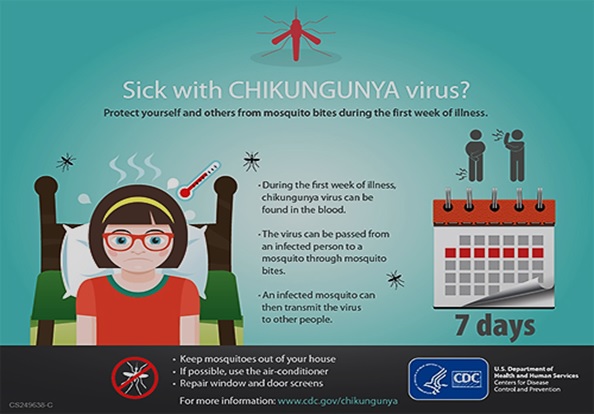 Chikungunya virus was originally an African illness and means ‘that which bends up” in the Makonde language of East Africa. For many years chikungunya was confined mainly to Africa but in the last decade has exploded through Asia and is now moving thru from the Caribbean to Central and South America.

Deaths from chikungunya mainly occur in elderly individuals with comorbid illness. The one group to be concerned about are pregnant women who may transmit chikungunya to their infant if they become infected just before giving birth, this has caused a small number of deaths in infected neonates.