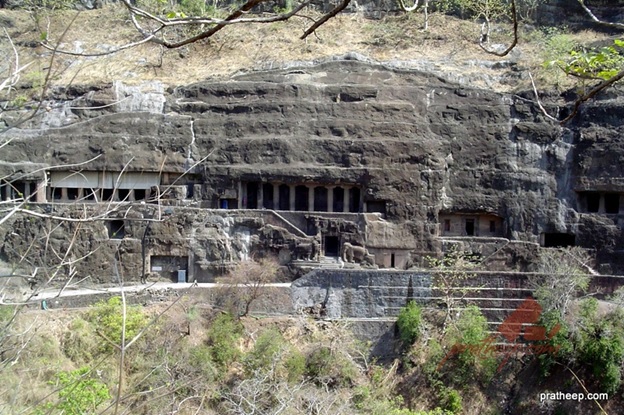 The Ajanta Caves in Aurangabad district of Maharashtra state of India are about 30 rock-cut Buddhist cave monuments which date from the 2nd century BCE to about 480 or 650 CE. The caves include paintings and sculptures described by the government Archaeological Survey of India as “the finest surviving examples of Indian art, particularly painting” which are masterpieces of Buddhist religious art, with figures of the Buddha and depictions of the Jataka tales. Ajanta is the major tourist attraction of the Marathwada region of Maharashtra.