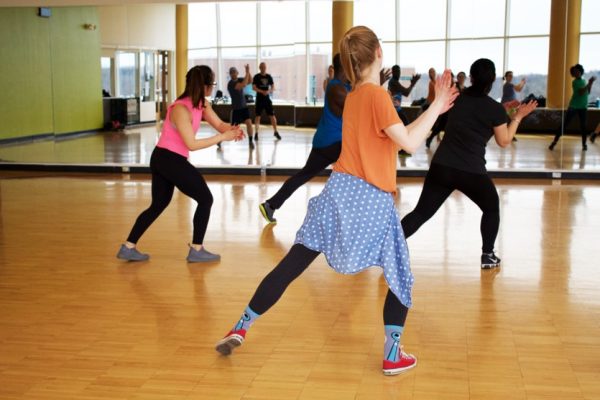 Zumba Fitness is a Latin-inspired cardio-dance workout that uses music and choreographed steps to form a fitness party atmosphere. While many of the types of dance and music featured in the program are Latin American inspired, classes can also contain everything from jazz to African beats to country to hip-hop and pop. Zumba is a fitness program that combines Latin and international music with dance moves. Zumba routines incorporate interval training — alternating fast and slow rhythms — and resistance training.

Where did Zumba originated?

The story of Zumba begins with an accident that seems too good to be true. Back in the ’90s in Colombia, dancer and choreographer Alberto Perez was teaching an aerobics class and he forgot his regular music. So he reached into his backpack and pulled out tapes of salsa and merengue. After finding initial success in Colombia, he moved to the United States in 2001, where he teamed up with cofounder Alberto Perlman and a childhood friend, COO Alberto Aghion. The trio produced a demo reel, and the concept was discovered and licensed by a company, Fitness Quest  to create a direct marketing campaign and a line of home videos.

Zumba combines high energy and motivating music with unique moves and combinations that allow the Zumba participants to dance away their worries. It is based on the principle that a workout should be ‘fun and enjoyable’ in order for Zumba participants to stick to the Zumba fitness program to achieve long-term health benefits. Zumba is not only great for the body, but it is also great for the mind. It is a ‘feel happy’ workout.

Some of the basic dance steps you will find in Zumba classes are:

Merengue : The Dominican Republic is usually credited as the origin of Merengue although Haiti and Santo Domingo fall in that category as well. It is faster pace rhythm. Common instruments are congo drums, accordion, and guiro. The most common move for the Merengue is the “basic march”.

Salsa: Salsa is a blend of many Carribean cultures and strongly influenced by Cuba, but made popular in New York and Florida as it is known today. Salsa had a very distinct beat and is usually a faster tempo.

Cumbia :The Cumbia is known as a rhythm from Columbia, South America, but holds influences from Africa and Europe. Cumbia is often associated with a tropical or creole flavor to the music.

Reggaeton: Reggaeton has Jamaican influences and was made popular in Puerto Rico and Panama. The music contains a heavy bass drum beat, with a primary instrument being a Reggae style drum. The most common move is the “ZUMBA hit” otherwise known as “crumping”.

Flamenco: Currently known as the rhythm from Andalusia in southern Spain with influences from Gypsy, Muslim and Jewish cultures. Flamenco is known fo the sounds of handclapping, finger snapping, tongue clicking, knuckle gashing, etc… In ZUMBA, some of the moves are related to the “picking of the grapes” for wine production. Much attitude is projected in the upper body movements.

Samba: Samba originates in Brazil. Samba is known for its sexy hip moving moves.It was and is danced as a festival dance during the street festivals and celebrations. First introduced in the U.S. in a Broadway play called “Street Carnival” in the late twenties. The festive style and mood of the dance has kept it alive and popular to this day. Samba is a fun dance that fits most of today’s popular music.

Bollywood moves: After the success of movie “Slumdog millionaire” world also realized that Bollywood moves are very effective for reducing  the weight. Zumba instructors often include bollywood songs and moves in Zumba classes. Some of the popular songs include : Jai ho, chamak challo, banggra moves and just our Indian drum beats ! Sometime one can see “namaste” gestures in the dance moves.

Image credit: Photo by Danielle Cerullo on Unsplash (Free for commercial use)