If you are a vegetable lover and a vegan or vegetarian, then here is good news. Research findings on changing in eating habits and studies on health awareness of the body recently revealed that many restaurants in US and other countries serving meat as sides and plants based food dishes as main course! What was thrown out, as compost is now fermented, roasted, fried, baked, steam cooked or smoked and used in other dishes.

During the past decade, many young adults and children are turning out to be vegetarians or vegans. In fact, the step to be a vegan used to be- to first trying it out to be a vegetarian. That trend is disappearing because of love for innocent animals and kids without any trials are choosing to be vegans. There are several videos uploaded from vegan and vegetarian groups in social media and uploaded by parents showing the young kids refusing to eat meat. The raising awareness about animal abuse and the benefits of eating plant-based food has resulted in an increase in the number of more vegetarians globally. In US alone during 2009, about one percent of the US population reported eating vegetarian or vegan. This number increased to 5% and half of those people are vegan. Most of the people who chose to be a vegan say that after watching the films and videos of meat production they went on becoming vegan. Many households’ kids are supporting vegan and vegetarian diet and in turn, it is forcing parents to change their diet too. In social circles one of the hot topic for the discussion amongst parents is “vegan or vegetarian diet of kids” !.

Other factors that are influencing the changes in basic food habits are: global awareness about environmental impact of meat industry, global warming and celebrities endorsing and encouraging people to go meatless or meatless Mondays…, etc.  Well-known athletes, talk show hosts, musicians and political figures are now turning to a plant based diet or vegan diet. Fans and followers of these people cannot be left behind and they have adopted this good quality ! Dr. John McDougall has shown we can eat a starch-rich, plant-based, whole food diet for about $3 per day! It is not per meal BUT per DAY! (An updated estimate shows that amount is still under $4 per day). In comparison to that, animal foods look really, expensive, calorie-for-calorie. Animal-centered meals (even home cooked ones!) can easily run you $10 or more a day (Table reference: http://www.ucdintegrativemedicine.com/2015) 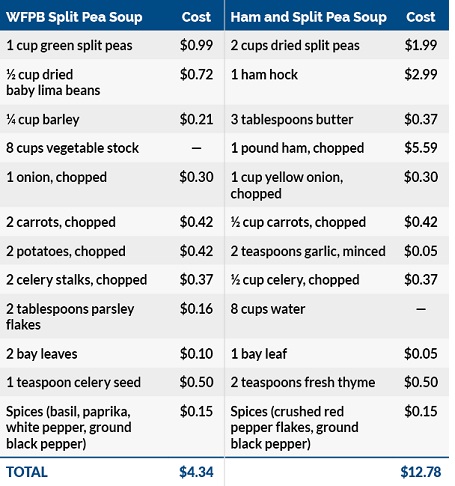 Of all these vegetarians and vegans, the vast majority are women. In 2009 out of one million people who went on becoming vegans, 79% were women. Now, out of 5% of the population, one million people report eating vegan and the rest vegetarian. Women still make up 79% percent of the vegan group and 59% of the vegetarian group. Reports show that in 2012, the meat eating habits went down massively. Reason for this is, men also made changes in their food habits. According to Google there was a three -fold increase in vegan searches in the year 2014 from 1,600 results to 24,000.

As the consumers are changing their food habits, so also the food production policies of the corporate world !. Many companies increased their plant food varieties. In past five years, the number of plant food availability has drastically increased on store shelves. Food companies are following and watching the interests of larger consumers and younger generations – what they eat, cook and buy. For example, when there was an increase in awareness about gluten -free food- companies grabbed the opportunities and many stores now have a ‘gluten-free’ food section. This is helping people who are gluten intolerant to remain faithful to their plant based diet. Another example is alternate to meat – “tofu”. Tofu is mixed with stir-fry vegetables and replacing cheese and meat based foods. Restaurants are serving tofu burgers and have several vegan options on their menu.

In 2013 the United Nations declared that 2016 will be the International Year of Pulses. The hope of the 2016 International Year of Pulses (IYP 2016) is to position pulses as a primary source of protein and other essential nutrients. Accordingly, the United Nations has declared this year as the International Year of Pulses to raise consumer awareness of the nutritional and environmental benefits of the edible dry seeds. This is expected to result in higher consumptions of beans, peas and lentils. Probably, people will find more vegan and vegetarian dish choices, particularly made out of pulses in the menu. Stores who sell breakfast, lunch and dinner buffet will include more of vegetables and pulse combinations in their menu too.
Oh yes!, in this year- 2016 the trend is going to be the stem-to-leaf eating rather than nose-to-tail eating.