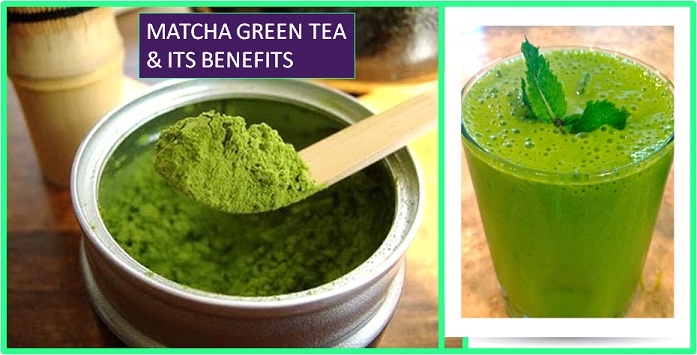 Recently, a bright green powder namely Matcha is gaining lot of attention in Western countries due to its flavor, color and rediscovered health benefits. Unlike traditional green tea or regular black tea, researchers claim that Matcha delivers more nutrients for the consumer. Matcha comes from the same species of the plant as green leaf teas. The difference is – it contains more green chlorophyll production. The enhanced production of chlorophyll gives richer green color to Matcha tea.

Matcha means “powdered tea”. Matcha (or maccha) is a finely ground, bright emerald-green tea powder. Matcha has always been a part of Japanese tea ceremony that has a history of more than 900 years. The Buddhist monks honored matcha tea as the ‘health elixir’ because of its health benefits including enhancing the metabolism.

Matcha originally refers to a green tea, the leaves of which are grown under shade known as Tencha. The tea bushes are sheltered to avoid the exposure of direct sunlight, which reduces the pace of photosynthesis and slows down the growth of the plants. This provides the leaves with a darker shade of green and stimulates the production of rich chlorophyll and amino acids. These dark green leaves are then delicately handpicked and laid flat to dry. After drying leaves are de-veined, de-stemmed and finely ground into a powder which is then called “tencha.” This high-grade tencha has an intense sweetness and round richness that is unparalleled. Tencha is the only tea that qualifies to be a true matcha in Japan. However, because of the high cost involved in the production of tencha, in western countries many tea suppliers are selling another tea namely ‘sencha’ under the name of brand matcha. Sencha has more strong flavor and tannin content. Quality wise matcha is far better than sencha.

Real Matcha should have two qualities:

To make a cup of matcha tea add hot, but not boiling water (temperature between 155 to 175 F). Traditional preparation requires a bamboo whisk to create creamy froth. It can be consumed as smoothie, ice tea, with almond, soy or rice milk. Cow milk can be also used but it seems to bind to catechins of the tea and seems to reduce the health benefit of match tea.

Researchers claim the following benefits of matcha tea for its consumers: