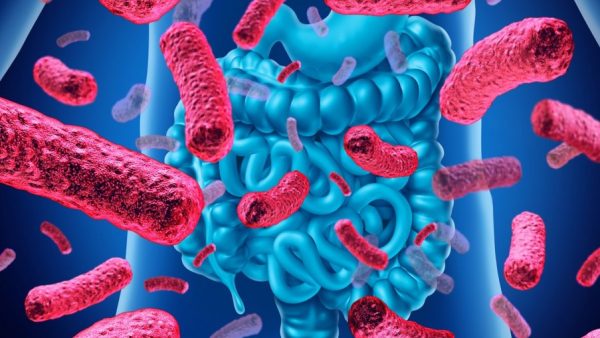 Our gut hosts several microbes that are friendly and essential for our health. Health of our intestine depends on these microbes and to keep gastrointestinal tract in healthy condition, it is important to maintain the gut friendly microbes in good condition. There are many research studies are going on in medical field regarding the gut bacteria. Recently Indian scientists published their findings regarding how the intestinal bacteria behaves and moves in the gut -Healthy Life.

The mystery of how does the bacterial resident of the human intestine, the E-coli move towards or away from chemicals—a phenomenon called chemotaxis, has intrigued scientists for a long time. E.coli bacteria show chemotaxis in response to different chemicals present in human gastrointestinal tract.

Scientists have now found the condition that is most suitable for getting the best chemotactic performance. The new finding will help track behavior of E-Coli bacteria in response to chemical signals. The response of E-Coli to chemicals in the intestine bacteria plays a crucial role in the functioning of the human intestine.

Many organisms in nature respond to the chemical signal received from their environment by showing bodily motion or as chemotaxis. A sperm cell finds the ovum using chemotaxis. White blood cells that are needed for healing injuries find the site of injury or inflammation by chemotaxis. Butterflies also track flowers, and male insects reach their targets by using chemotaxis.  Understanding chemotaxis involves how it is affected by various conditions present inside the cell or in the environment.

E.coli uses its run-and-tumble motion to migrate towards the region with more nutrients. The nutrient molecules bind to the chemo-receptors present on the cell membrane, and this input signal is processed by the sensing module of the signaling network, finally modulating the run-and-tumble motion of the cell. The adaptation module of the signaling network ensures that the intracellular variables do not deviate too far from their average values.

One important aspect of signaling network of chemotaxis is the cooperativity or clustering tendency of the chemo-receptors, which helps amplifying the input signal, and as a result, E.coli can respond to even very weak concentration gradient. Thus receptor clustering was known to increase the sensitivity of the cell. However, some recent experiments have shown that receptor clustering also causes fluctuations in the signaling network triggering scientists to explore conditions that activate the best chemotactic performance.

In a recent study, scientists from S. N. Bose National Centre for Basic Sciences, an Autonomous Research Institute established under the Department of Science and Technology, Govt. of India, have theoretically shown that there is an optimum size of the receptor clusters at which the E.coli cell shows the best-directed motion guided by chemical signal received from its environment.

The team led by Sakuntala Chatterjee took the first step in understanding how the response can be made most efficient by tuning the receptor cooperativity in the study published in Physical Review E (Letters).

To quantify performance, they measured how fast the cell climbs up the concentration gradient or how strongly the cell is able to localize in the nutrient-rich region. According to the team, good performance also means a strong ability of the cell to distinguish between nutrient-rich and nutrient-depleted regions in space. The team found all these measures reach a peak at a specific size of the receptor clusters.

They have shown this optimality is a result of a competition between sensing and adaptation modules of the network. According to the present work, as cluster size increases, sensing is enhanced, which improves chemotactic performance. But for large clusters, fluctuations also increase, and adaptation comes into play. The signaling network is now controlled by the adaptation module, and sensing plays a less significant role which brings down the performance. The study can improve understanding of chemotactic behavior, particularly of an organism forming the bulk of bacterial samples for experiments owing to its ability to replicate fast and adapt easily to change in its environment.