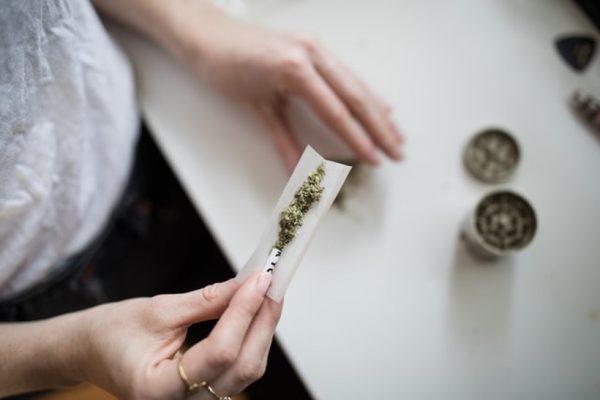 In today’s era, lots of information available online and everywhere. Yung mind can easily influenced by reading and listening to others. What seems to be bad can be tempting. People today learn about drugs while they are very young and might be tempted to try them. Teens say that marijuana (cannabis) is easy to get, and to be the first illegal drug they try. Marijuana use is often portrayed as harmless, but the truth is that marijuana is an addictive drug that can cause serious risks and consequences.

So, what is this Marijuana?

Marijuana refers to the dried leaves, flowers, stems, and seeds from the hemp plant, Cannabis sativa. It belongs to Cannabaceae family. The plant contains the mind-altering chemical delta-9-tetrahydrocannabinol (THC) and other related compounds. Extracts with high amounts of THC can also be made from the cannabis plant.

Marijuana is an addictive drug

Just like with alcohol, nicotine, and other illicit drug use, children who smoke marijuana can lose control over their use and become addicted. Many people overlook marijuana addiction because its withdrawal symptoms are not prominent or may not be present at all. However, withdrawal is only one symptom of addiction.

Teens who are addicted to marijuana likely smoke several times a week or more. Although most believe they are in control and can quit at any time, most cannot. Those using marijuana heavily often perform poorly in school or sports, lose interest in hobbies, and develop interpersonal problems with family and friends. Teens continuing to use marijuana into adulthood tend to have lower job achievement and less stable families than their siblings who don’t use drugs. As with alcohol, the younger a person is when starting marijuana use, the more likely she will become addicted.

Smoking THC-rich resins extracted from the marijuana plant is on the rise. Users use less potent parts of the cannabis plant to create concentrated butane hash oils (BHO), which are crystalized, then heated with a blowtorch, so that the vapors can be inhaled. Users call this practice dabbing. People are using various forms of extracts, such as:

These extracts can deliver extremely large amounts of THC to users, and their use has sent some people to the emergency room. Another danger is in preparing these extracts, which usually involves butane (lighter fluid). A number of people who have used butane to make extracts at home have caused fires and explosions and have been seriously burned.

Image : cross section of the brain with marked areas that are affected by THC.THC acts on numerous areas (in yellow) in the brain

THC acts on specific brain cell receptors that ordinarily react to natural THC-like chemicals in the brain. These natural chemicals play a role in normal brain development and function. Marijuana overactivates parts of the brain that contain the highest number of these receptors. This causes the “high” that users feel. Other effects include:

Marijuana use affects health and well-being:

Long-term marijuana use has been linked to mental illness in some users, such as:

Marijuana impairs judgment, complex motor skills, and the ability to judge speed and time. Those who drive or take other risks after smoking marijuana are much more likely to be injured or killed.

Teens who smoke marijuana are more likely to take sexual risks and have unwanted or unprotected sex.

Teens’ bodies and brains are still growing and maturing, so smoking anything, including marijuana, is not good for lung health. Marijuana use may also lead to addiction or mental health problems.

Signs of marijuana use in children

Recognizing the signs of drug use is the first step in getting help for your child, but some signs are vague. Consider marijuana or other drug use if your child:

As a parent what you can do?

As a parent, you are your child’s first and best protection against drug use. The following is information from the American Academy of Pediatrics (AAP) about marijuana and how to help your child say “No” to drug use.

Take these steps to help prevent your child from becoming interested in using marijuana or other drugs.

Get more information by visiting these sites:

1) Remember: There are many drugs available. However, marijuana as they say is easy to get. See other drug lists here: http://www.drugabuse.gov/drugs-abuse