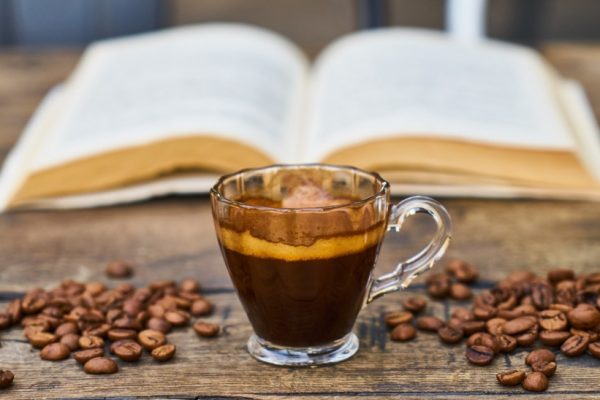 Drinking coffee  can bring both benefits as well as risks. But, studies show that coffee consumption has more health benefits and the positive benefits that we get by moderate coffee consumption clearly over weigh’s the potential risk. Studies have suggested that drinking dark roast coffee might help to protect brain cells from Parkinson’s  and Alzheimer’s disease!

The key question is, what is it about coffee that makes is so beneficial for our brain?

The cognitive functions that is, reaction time, rate of information sense and treatment in humans stays more or less stable until 60 years old and will slow down afterwards. Research suggests that brain can start to deteriorate as early as 45 years old! But the rate of deterioration or decline varies between individuals because it depends on lifestyle, diseases, heredity, stress and chronic conditions.

Coffee protects the brain against cognitive impairments and boosts our thinking skills. Coffee has different chemical compounds and one of them being caffeine. It is known fact that caffeine acts on brain cells to keep them alert. Coffee consumption appears to reduce or delay the development of Parkinson’s disease and caffeine is likely to be the factor.  Well, that was the thought until recently!

Recent studies show that in some instances even the decaffeinated coffee helped against neurodegeneration! It means along with caffeine there are other molecules in coffee that might be helpful for our brain cells.

A new study conducted by Krembil Brain Institute Toranto Canada suggests effect of coffee on our brain actually depends on how much we roast coffee beans!

According to Dr. Donald Weaver at Krembil Brain Institute, Toronto Canada “Coffee consumption does seem to have some correlation to a decreased risk of developing Alzheimer’s disease and Parkinson’s disease”.  In their findings, Dr. Weaver and team noted that, the key to coffee’s brain protecting benefits not lie in its caffeine content but in the existence of compounds that are released in the process of roasting the coffee beans!

Researchers recently focused on set of compounds in coffee called phenylindanes that could be playing a role in boosting memory cells. These phenylindanes are formed during the process of roasting coffee beans and lend coffee its bitter flavor. Longer roasting of coffee beans produce more phenylidanes. It means dark roasted coffee irrespective of whether it is regular or decaf has strongest protective effect on the brain.

Phenylidanes seems to act as dual inhibitor of  amalgamation of tau and beta-amyloid the two toxic proteins responsible for neurodegenerative conditions such as Alzheimer’s and Parkinson’s disease. According to Dr. Mancini, further step in their research is to investigate how beneficial these compounds are and whether they have ability to enter bloodstream or cross the blood brain barrier”!

Well, till they find out, let us drink a cup of coffee every day to keep our brain active and going!

Image credit: Photo by Engin Akyurt from Pexels
(Free for commercial use)