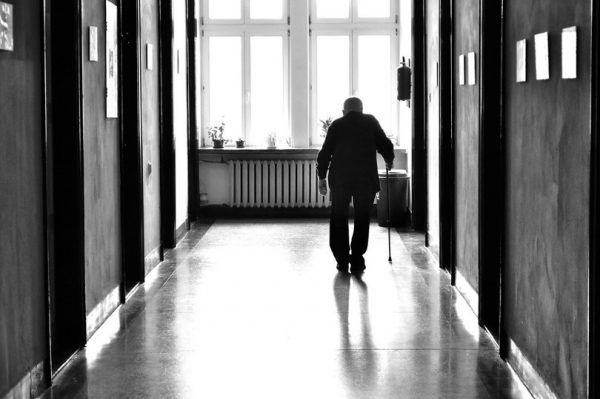 In past five – six years, coconut oil has gained lot of importance especially in the life elders who crossed 70 years. Reason for this is the many benefits of coconut oil including the “reversing action on dementia and Alzheimer’s disease”. Even though there is limited research and experiments to prove that coconut oil has a magical medicinal effect the theory that supports this view, is based on a chemical compound present in coconut. The neurons in the brains of people with Alzheimer’s disease are unable to use glucose to produce energy properly and therefore cells ‘starve’. The theory is that coconut oil may act as an alternative energy source and the ketones found in coconut oil provide fuel to the brain cells.

Carolyn Dean, M.D., N.D., medical director for the Nutritional Magnesium Association feels that many people are hesitant to give coconut oil a serious consideration because it has been given the black mark of a saturated fat. Coconut oil is often included in the same list with well-known artery-clogging culprits, such as butter, beef, lard, and full fat dairy products.

Sugar in the form of glucose is brain cells main and preferred energy source. Brain scans of elderly people who are suffering form dementia and Alzheimer’s indicated that with progress in the condition certain section of the brain start to have trouble using sugar as energy. The outcome of an increasing number of scientific studies in recent years has begun to highlight the connection between diabetes and Alzheimer’s condition. Research conducted in 2011 has also looked at the role of diet in developing Alzheimer’s, and the role of cholesterol uptake to the brain- the brain represents only 2% of the body’s total mass, but contains 25% of the total cholesterol .

Some researches and medical professionals believe that Alzheimer’s disease is nothing but “Type III Diabetes”. According to National Institures of Health (NIH) diabetic patients who do not keep their blood sugar levels under check can experience a certain amount of cognitive impairment. Japanese researchers recently discovered that people with diabetes have an overall increased risk of developing dementia, regardless of whether their disease is well managed, or not. On the flip side, scientists from School of Medicine, University of Washington found that people with mild Alzheimer’s derive a minor memory boost, after receiving insulin.

Is Coconut oil a saver?

Everyone needs some source of fat (or oil) supply to brain cells. Coconut oil has been in use from centuries in Tropical countries like India, South Africa, South American countries. Infact, many coastal regions grow coconut and consume coconut without any hesitation or hindrance. People who has been using this for centuries know that coconut and it’s products are good for the body. The biological byproducts of coconut oil is called ‘ketones” . The idea that coconut oil could provide an alternative energy source for brain cells comes from the successful treatment of children with epilepsy with a ketogenic diet. In this diet, carbohydrates are strictly limited and replaced by high fat intakes, forcing the body to use fat as a primary energy source Researchers believe that ketones are one of the few things that can serve as an alternate fuel source for the brain cells in the absence or low level of glucose in the brain as in case of Alzheime’s patients. The challenge is the human body generally does not produce enough ketones on its own, unless the person is following a diet that is extremely low in carbohydrates. Coconut oil consumption creates a state called hyperketonemia which is a temporary state where the number of ketones in a person’s body gets elevated.

How to use coconut oil?

Being a food, coconut oil is very safe and it can be very beneficial. However, if one has never tried coconut oil in their entire life then start coconut oil consumption slowly and with low dosage. Some people experience extreme fullness and diarrhea when they first take coconut oil.

What Ayurveda says? Coconut oil also can help to regain Intellectual, emotional and physical conditions. Coconut oil is known to promote health as part of India’s ancient Ayurvedic healing tradition. It’s been used for beautiful and healthy skin and hair as well. Human brain specifically needs cholesterol. The brain has higher cholesterol content than any other organ with about 25% of the body’s cholesterol found in the brain. Low cholesterol increases the risk of suicide, depression, and dementia. The risk of dementia is reduced by 70% in those with high cholesterol.

Disclaimer: This article is for educational and information purpose. If you or your loved ones are suffering from any of these conditions please contact your family physician before taking coconut oil. Medical warnings states that coconut oil is very rich in fat and so adding it to a person’s diet could increase blood levels of cholesterol and may show other side effects.