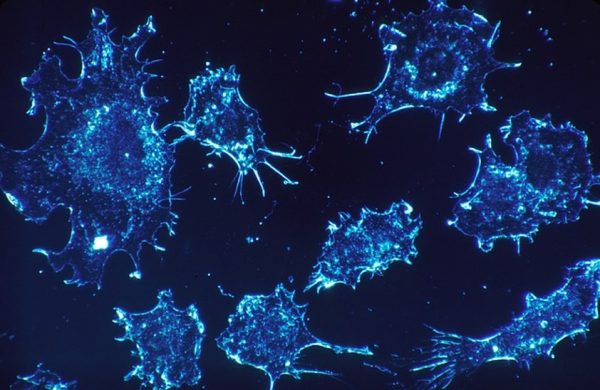 In past few years there are many treatments available for cancer patients. An article published in Nature Communication provides basis for innovative cancer treatment. Scientists from the University of Geneva (UNIGE), Switzerland and University of Basel have created artificial viruses to target and fight cancer. These designer viruses alert immune system and send killer cells to help system to fight the cancer tumor.

Generally, from body’s defense mechanism limited reaction is provoked in response to cancer cells. This results in cancer growth without much resistance from the body.

Viruses are good at destroying cells and they are threatening little creatures. Same viruses that are harmful now been used in a constructive way to attack and kill cancer cells.

Recently scientists were successful in sneaking custom made viruses into cancer cells and unleash gene editing tool of cancer cells. This resulted in self-destruct of cancer cells. Scientists from Switzerland and Basel have come up with a different approach. Results published in Nature communications reveal by using their own set of cancer killing custom made viruses immune system of person can be activated more. It means most of the heavy work will be done by patients’ immune system!

Scientists used a type of viruses namely Lymphocytic choriomeningitis – is a meningitis virus also known as LCMV. When inside a living creature it triggers to release what is called T cells, a type of white blood cells that consumes and destroys cancer cells, damaged cells as wells as viral infected cells. One problem of using these viruses that there is no guarantee of curing cancer same time.

To solve the issue scientists devised artificial, customized LCMV’s, ones that would behave like regular viruses to some extent but would not cause any harm to patients. They also contain genetic markers of the tumors (an equivalent of a red flag for mice’s immune system).

In mice these artificial LCMVs and flagged tumor cells triggered immune system to eject hordes of T -Cells into the bloodstream and killed enough of the tumor cells and pushed mice into remission! “The unique combination of signals and the cancer cell protein stimulated the immune system to create powerful army of T-lymphocytes or killer cells which identified the cancer cells through protein and destroyed them”.

There is no doubt that this a pioneering cancer killing method and it is an advanced immunotherapy can be used instead of drugs, radiation and chemotherapy in patients. It uses body’s own defense mechanisms to do the job and there are no notable side effects as it happens with chemotherapy and radiation.

Immunotherapy have been successfully used to treat cancer but stimulating the immune system was always a battle for scientists. This team of scientists lead by Professor Daniel Pinschewer and Professor Doron Merkler is now succeeded in manufacturing innovative designer that could trigger immune system wholeheartedly to combat cancer cells.

Image credit: Image by skeeze from Pixabay  (Free for commercial use)