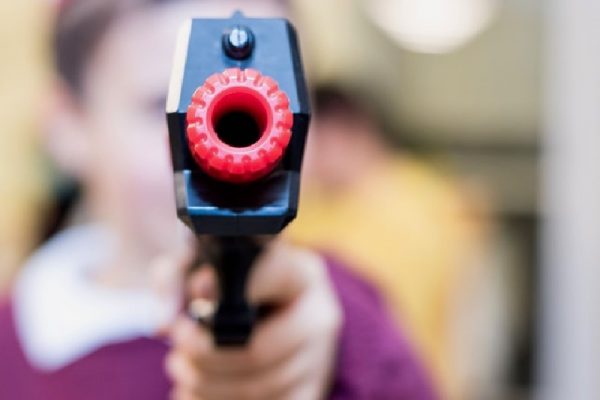 The American Medical Association said in a policy released Tuesday that the gun violence in the US is “a public health crisis”. The organization is making lobbying for gun control a top priority.

Before the dawn  this Sunday a worst mass shooting that happened in  Pulse gay night club in Orlando, Florida triggered more discussions and debate over gun violence.  50 people were killed by a gun man (Omar Mateen) and in the wake of the worst mass shooting in American history and with more than 6,000 deaths already in 2016 from gun violence, the American Medical Association (AMA) today adopted policy calling gun violence in the United States “a public health crisis” requiring a comprehensive public health response and solution.

Additionally, at the Annual Meeting of its House of Delegates, the AMA resolved to actively lobby Congress to overturn legislation that for 20 years has prohibited the Centers for Disease Control and Prevention (CDC) from researching gun violence.

In his statement AMA president Steven J. Stack, M. D. said that “With approximately 30,000 men, women and children dying each year at the barrel of a gun in elementary schools, movie theaters, workplaces, houses of worship and on live television, the United States faces a public health crisis of gun violence”.

“Even as America faces a crisis unrivaled in any other developed country, the Congress prohibits the CDC from conducting the very research that would help us understand the problems associated with gun violence and determine how to reduce the high rate of firearm-related deaths and injuries. An epidemiological analysis of gun violence is vital so physicians and other health providers, law enforcement, and society at large may be able to prevent injury, death and other harms to society resulting from firearms.”

The AMA has numerous, long-standing policies that support increasing the safety of firearms and their use, and reducing and preventing firearm violence. Our AMA “recognizes that uncontrolled ownership and use of firearms, especially handguns, is a serious threat to the public’s health inasmuch as the weapons are one of the main causes of intentional and unintentional injuries and deaths” (H-145.997). AMA policy supports legislation calling for a waiting period before purchasing any form of firearm in the U.S. (H-145.991, H-145.992, and H-145.996), and supports requiring background checks for all handgun purchasers (H-145.991, H-145.996).

The group said it will actively lobby Congress to overturn federal legislation that the Centers for Disease Control and Prevention says prohibits it from conducting large-scale epidemiological studies on the problem.

Moreover, AMA policy supports stricter enforcement of present federal and state gun safety legislation, and the imposition of mandated penalties for crimes committed with the use of a firearm, including the illegal possession of a firearm (Policy H-145.999). All of these policies were originally adopted in the late 1980s, when there was a national focus on handguns in part because access to relatively inexpensive handguns had led to an increase in rates of homicide, especially among young people. These policies have been repeatedly reaffirmed since then by the AMA House of Delegates.

According to Dallas news a not-for-profit group that tracks gun-related incidents and deaths has tracked  139 mass shootings across the country this year alone. That includes six in Texas, which led to seven deaths and more than 26 injuries, according to data provided on the nonprofit site.

The AMA, which supports laws that require a waiting period and background checks for all handgun purchasers, said uncontrolled ownership and use of firearms is a serious threat to public health and a main cause of intentional and unintentional injuries and death. The AMA also renewed its call for stricter enforcement of present federal and state gun safety legislation, and the imposition of mandated penalties for crimes committed with the use of a firearm, including the illegal possession of a firearm.

Image credit: Photo by Lavi Perchik on Unsplash (Free for commercial use)