Ten Corporations That Got Away With Murder 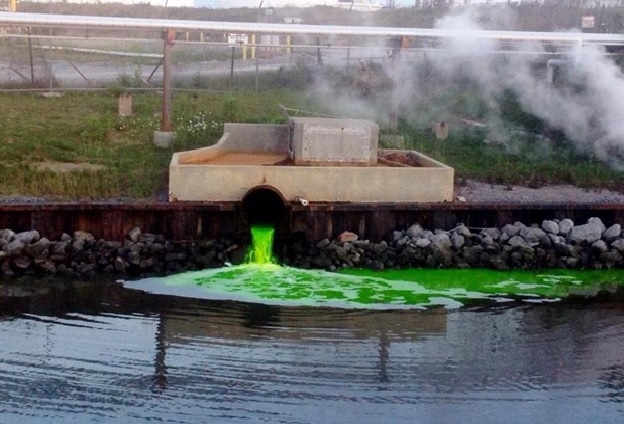 With TPP and its deranged Atlantic cousin, TTIP, both proceeding — and Citizens United still buttering up our elections for corporate feasts — watchdogs and whistleblowers have never been more important to our democracy.

However, while a hero like Edward Snowden can reveal to us the surveillance state and dragnet data collection enabled by the Patriot Act, one person alone can’t stop its successor, the USA FREEDOM Act, from privatizing mass data collection and outsourcing the job to the government’s Big Data partners.

Corporate rule over this country is more disturbing than ever, but it’s important to never gloss over the crimes of the past. Corporations can and do get away with murder — and have been doing so for a while. Their dubious “personhood” status — which bestows upon them seemingly limitless powers of ‘citizenship’ — has in many cases immunized them from the same laws and regulations real humans face. As a result, their crimes are swept under the rug as though they were merely teenage transgressions.

But, watchful eyes and minds can collect and archive these crimes with the same ubiquity as the surveillance cameras on our street corners. Without further ado, here are 10 corporations that got away with murder:

Granted a charter to monopolize the Atlantic slave trade, the Dutch West India Company transported African slaves to sugar and cotton plantations in the Americas. On average, 15 percent of slaves died from suffocation, starvation, violence, and disease during the voyages.

After 14-hour work days and filthy working conditions, Colorado miners had had enough. They went on strike in 1914. Then, members of the Colorado National Guard and the CFI descended upon a group of strikers in Ludlow, Colorado, killing two dozen people—including women and children. CFI, owned by John D. Rockefeller, was never charged.

In May 2011, Philip Morris CEO Louis Camilleri claimed, “It’s not that hard to quit smoking.” The year before, the company had collected $27 billion in revenue. Meanwhile, smoking is responsible for one in five deaths in the United States. Philip Morris has often dodged lawsuits and continues to market its deadly product to teenagers who, they hope, will become lifelong customers–provided these are substantially shortened lives.

About 10,000 subsistence diamond diggers were working small plots in the Marange diamond field in Chiadzwa, Zimbabwe in 2006. After taking over the mining field, the government of Zimbabwe began shooting the unlicensed miners from helicopters. Today, the field is operated by seven companies, all partnered with the government affiliate, ZMDC.

Shell, long a mistress of the Nigerian government, has regularly faced accusations of razing villages to install pipelines, flaring billions of dollars’ worth of natural gas, mucking up water quality, and committing human rights abuses culminating in murder. Yet in the Supreme Court case, Kiobel v. Royal Dutch Petroleum Co., the judges dismissed the pleas based on “lack of subject matter jurisdiction.”

Methamphetamine was first marketed as Pervitin, an alertness enhancer, by Berlin-based drug manufacturer, Temmler Werke, in 1938. It was used widely through World War II in Germany, Japan, and even America. Addicted soldiers were known to shoot themselves and others in psychotic phases. Pervitin was removed from the market, but of course, meth remains and its Big Pharma cousin, Adderall (and other amphetamines), contributes to premature death and psychiatric disorders every year.

For 10 years, CITGO expelled carcinogenic waste gases from its oil refinery in Corpus Christi, Texas. But in 2014, Judge John D. Rainey decided that calculating the real-life amount owed to local victims would “unduly delay the sentencing process” and “[outweighed] the need to provide restitution to any victims.” Make no mistake, this corporation was responsible for the premature deaths of dozens of victims.

The Kansas Pacific Railroad transported businessmen, tourists, and the military to and from Kansas City to Denver in the early 1870s. It encouraged travelers to shoot American bison from the train windows for a jolly good time. By 1890, the buffalo populations had dropped from its 1492 peak of 60 million to just 750. Some call that near extinction, others call it murder. This entry is representative of countless corporations responsible for the deaths of animals, including the livestock industry and oil companies like BP that killed thousands of birds, sea turtles, and marine mammals.

Accusations of the mass-murder of buffalo to starve out Native Americans also possibly play into the Kansas Pacific Railroad’s decision to systematic slaughter of the buffalo. US Colonel Richard Dodge famously said in 1867, “Every buffalo dead is an Indian gone.”

Monsanto is a special breed of evil. The multinational agrochemical and agricultural biotechnology corporation is best likened to a serial killer that you could arrest for murder but never be sure of exactly how many people he killed. The deaths we know about involve the Indian farmers who commit suicide every thirty minutes because the GMO seeds they are basically forced to plant fail to produce necessary yields. Disturbingly, some of the farmers committed the act by consuming the same Roundup herbicide Monsanto gave them for their crops. The total death count is estimated at 290,000.

Additionally, Monsanto may very well be causing irreversible kidney damage and cancer on large-scale populations with the herbicide glyphosate marketed as Roundup. The city of San Diego is even suing Monsanto for polluting its bay with cancer-causing PCBs (polychlorinated biphenyls).

Delivered by The Daily Sheeple