Effect of Coke on Human Body 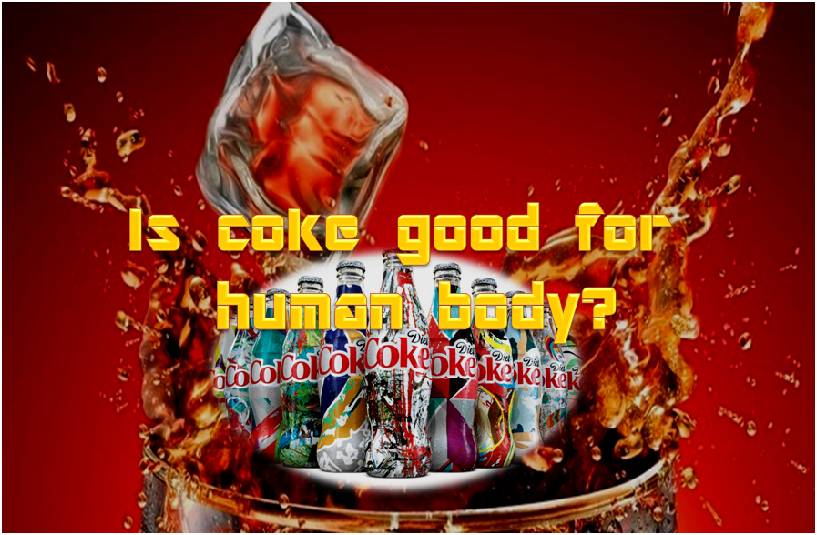 Coke is the most valuable brand in history, and “Coca-Cola” is the world’s second-most recognized word after “hello.” However, the beverage itself is an absolute poison to the human metabolism. Coke is very close to the acidity level of battery acid and, consequently, it can clean surfaces equivalent to and often better than many toxic household cleaners.

It’s cheaper and easier to buy Coke in some third world countries than it is to access clean water. Coke uses “public relations propaganda” to convince consumers and entire nations that it is an “environmental company” when really it is linked to pollution, water shortages, and disease.

A study published in the journal Respirology reveals that soft drink consumption is also associated with lung and breathing disorders including asthma and chronic obstructive pulmonary disease (COPD).

The carbonation in Coke causes calcium loss in the bones through a 3-stage process:

1. The carbonation irritates the stomach.

2. The stomach “cures” the irritation the only way it knows how. It adds the only antacid at its disposal: calcium. It gets this from the blood.

3. The blood, now low on calcium, replenishes its supply from the bones. If it did not do this, muscular and brain function would be severely impaired.

But, the story doesn’t end there. Another problem with most Coke is it also contain phosphoric acid (not the same as the carbonation, which is carbon dioxide mixed with the water). Phosphoric acid also causes a draw-down on the body’s store of calcium.

So Coke softens your bones (actually, makes them weak and brittle) in 3 ways:

1. Carbonation reduces the calcium in the bones.

2. Phosphoric acid reduces the calcium in the bones.

3. The beverage replaces a calcium-containing alternative, such as milk or water. Milk and water are not excellent calcium sources, but they are sources.

1. Mechanical damage to cells is a huge risk factor for cancer. It’s why asbestos particles, for example, cause lung cancer.

2. All soft drinks cause acid reflux (stomach acid rising up past the esophageal valve). This is more pronounced when the body is horizontal (as in sleeping), but the sheer volume of Coke and soft drinks consumed in the USA means the acid reflux is well past the danger point. Any time you ingest a gassy drink, you are going to get belching–and acid into the esophagus. How much is too much? The research doesn’t say where the limit is–it only shows that most of us are far, far, far past it.

3. Stomach acid dissolves tissue — that’s its purpose. The stomach lining does not extend into the esophagus, so the lower esophagus gets damaged by acid far more frequently in soft drink users than in non-soft drink users. This results in a radical increase in cell mutations, along with a far higher level of free radicals.

Coke acts as an acidic cleaner. The amount of acid in soda is enough to wear away at the enamel of your teeth, making them more susceptible to decay. In tests done on the acidity levels of soda, certain ones were found to have pH levels as low as 2.5. To put that into perspective, consider that battery acid has a pH of 1 and pure water has a pH of 7.