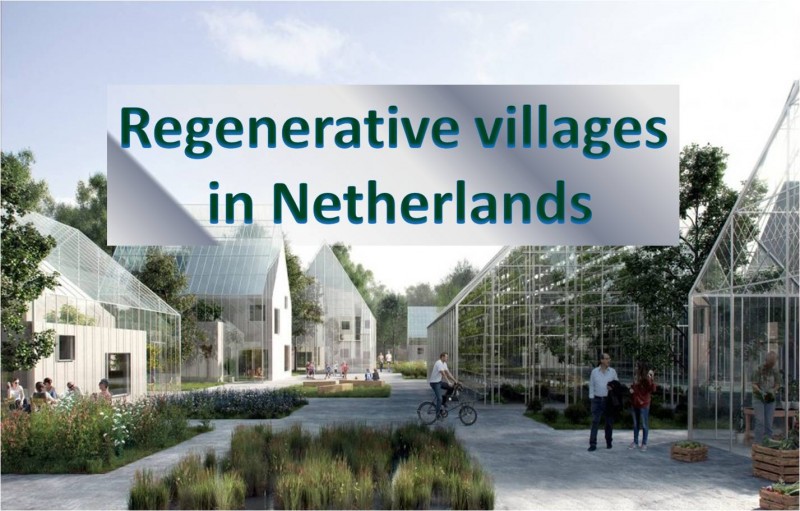 Off-grid housing that actually works for families is hard to come by, but that’s what ReGen Villages is striving towards with their concept for new self-sustaining communities.

The startup real estate company has a dream to create regenerative communities that not only produce their own food but also generate their own power, meaning what’s usually only possible for rural areas with renewable energy sources would be a reality for people that want these luxuries while having close neighbors. This idea is more than just a dream, however, as the development company has its sights on their first site in Almere, Netherlands with the goal of opening it in 2018.

“Regenerative means systems where the output of one system can actually be the input of another.”

For the off-grid community, this means that household food waste would be composted to fertilize crops and feed flies, which would both promote crop growth and also feed the local fish. The fish would then fertilize aquaponic gardens, which are gardens that combine fish farming and hydroponic agriculture, and eventually feed residents.

Residents will also have their own greenhouse where they can grow their own produce and rainwater will be harvested and filtered for use in farms and gardens. Solar panels will power homes without harming the environment.

Each village will house 100 families on approximately 50 acres, with enough fresh food being produced to take care of 50-100% of residents’ needs. The rest can be made up by what the residents personally grow, and certain regions will be able to produce more for the community based on the area’s climate.

The website says, “ReGen Villages adds not only environmental and financial value, but also social value, by creating a framework for empowering families and developing a sense of community, where people become part of a shared local eco-system: reconnecting people with nature and consumption with production.”

The inspiration behind this idea is to offer people an alternative lifestyle that includes environmentally-friendly practices to offset the world’s growing population, waste, and harmful practices. As ReGen’s website points out, by 2050 there will be 10 billion people on the planet and water, space, and healthy food sources will all be scarce. The best course of action is to start building communities like these to promote healthy lifestyles and ways of creating food and energy.

ReGen Villages plans to break ground in Almere by designing, integrating, and facilitating 25 pilot homes and making them open to residents by 2018.