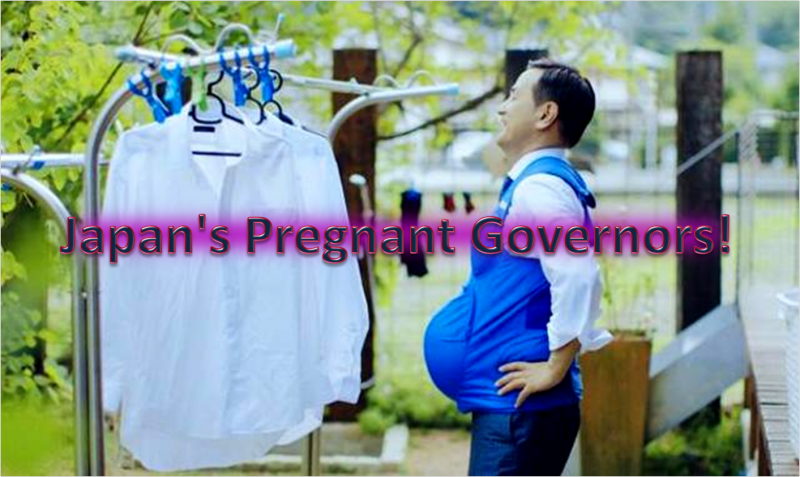 This experiment was conducted in Japan to help and support economy and bring educated women to into the workforce as a top priority to fix the economy, heeding calls to make better use of a highly educated but underemployed labor pool.

A woman while working inside home and outside at a job to earn money for the family has to do lot of chores. In Japan, studies revealed that men only did approximately one hour of chores everyday while women engaged in about five hours of chores.

Japanese men are not very helpful husbands when it comes to housework: they do just one hour of unpaid work daily compared to five hours for their wives, according to a 2014 study by the 35-nation Organisation for Economic Co-operation and Development.

To encourage Japan’s salary men to help out at home, the Kyushu Yamaguchi Work Life Promotion Campaign created a video that showed three male governors in Japan experiencing a day in the life of a pregnant woman.

In response to these studies, the governors of the Saga, Miyazaki, and Yamaguchi prefectures put on pregnancy suits to attempt to understand what women endure when they’re expecting.

A trio of male Japanese politicians- the governors of the Saga, Miyazaki, and Yamaguchi prefectures  has gamely strapped on “pregnancy vests” that simulate swollen bellies in a lighthearted campaign for men to pick up the slack in a nation where women do most of the housework. These politicians strap on a 16-pound vest to simulate pregnancy. Though it doesn’t simulate any of the side effects of pregnancy, the sheer weight of the suit has caused 97% of men to agree that men need to be involved more in the home and with child-rearing after wearing the suit. Very quickly, they learn how even simple household tasks can be a major pain when carrying around that extra weight.

The three-minute spot, which started running last week, shows the hapless lawmakers being outfitted with seven kilogramme (16 pound) vests that mimic the belly of a woman who is about seven months pregnant. Then it is time to clumsily navigate stairs, carry groceries, or wait for someone to give up their seat on the bus. One politician struggles to put on socks, while another wipes sweat from his brow after hanging a load of laundry, as an upbeat tune plays in the background.

“I really didn’t understand,” admitted one of the participants, Yamaguchi governor Tsugumasa Muraoka. “Now that I understand what my wife put up with for so many months, I’m full of gratitude.”

“I can see how hard it is to be carrying a child and do house chores,” says 52-year-old Shunji Kono, the governor of Miyazaki prefecture. “I think I have to be much kinder,” the father of three adds in the above video.

Prime Minister Shinzo Abe has made drawing more women into the workforce a top priority to fix the economy, heeding calls to make better use of a highly educated but underemployed labor pool.