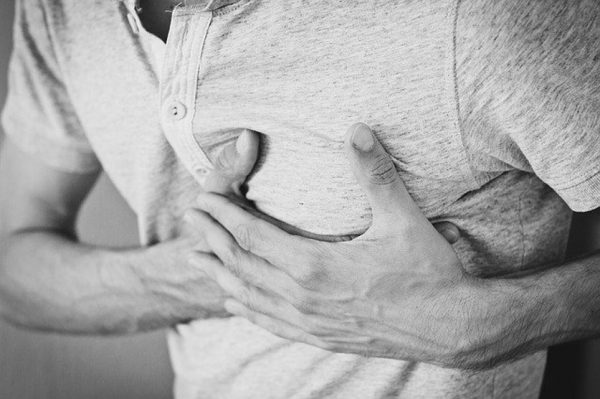 By: Amanda Froelich at www.trueactivist.com

If people learned their chances of having a heart attack within 5 years, they’d likely muster the will power needed to live a healthier life.

Are you aware that every day in America, 2,150 people die from cardiovascular-related diseases, such as heart attack and stroke? One would think this is because the developed nation has an infatuation with high-fat, high sugar refined foods, but such is the case elsewhere, too. In fact, coronary heart disease is the leading cause of death worldwide.

Luckily, a new test may clue a patient into their chances of suffering an episode within 5 years – spurring them to change their habits and reduce those odds.

The Telegraph reports that researchers from the Imperial College London and University College London found that “high levels of antibodies – molecules produced by the immune system – are linked to a low risk of heart problems.” Such is the case even for individuals who have other risk factors.

Knowing this information, the team developed a new test which monitors the levels of protective immunoglobulin G (IgG) antibodies. The antibodies appear to guard against a heart attack even when a patient already suffers from high cholesterol and hypertension – two precursors to atherosclerosis.

The test’s importance cannot be overstated. After all, everyone hears that they need to adopt healthier eating choices and lifestyle habits to ward off unwanted illnesses down the road, but few act until they HAVE to. If someone took the test and learned that they might be deceased within five years, they’d probably muster the will power to live better so they can live on Earth for a longer period of time.

1,700 people participated in the Anglo Scandinavian Outcomes Trial (ASCOT) which ran 5.5 years. During that time, 470 participants had a heart attack or stroke. This information allowed the team to compare the results with a control group of 1,283 people to determine what was different.

As well as improving the way we tell who is at the highest risk of a heart attack so that we can give them appropriate treatments, we now have a new avenue to follow in future work.

We hope that we can use this new finding to study the factors that lead some people to have an immune system that helps protect from heart attacks, while others don’t. We also hope to explore ways of strengthening the immune system to aid in protecting from heart disease.”

The IgG measurement test is relatively inexpensive, which means that it could be employed by more physicians in the near future. Its ability to predict one’s likelihood of suffering a heart attack within 5 years could save thousands of lives. Of course, those who learn that their health is not in the best condition will have to take action to reduce their chances of suffering a heart attack, but knowing beforehand could be the incentive needed to lessen the prevalence of disease around the world.

Image credit: Image by Pexels from Pixabay (Free for CC0)

Author: HealthyLife | Posted on: September 17, 2021
TAGS: blood testcholesterol and hypertensionheart diseaseimmune system
« Previous Article Next Article »
« NUTRI GARDEN at All India Institute of Ayurveda What Happens To Our Body After Drinking Coca Cola? »