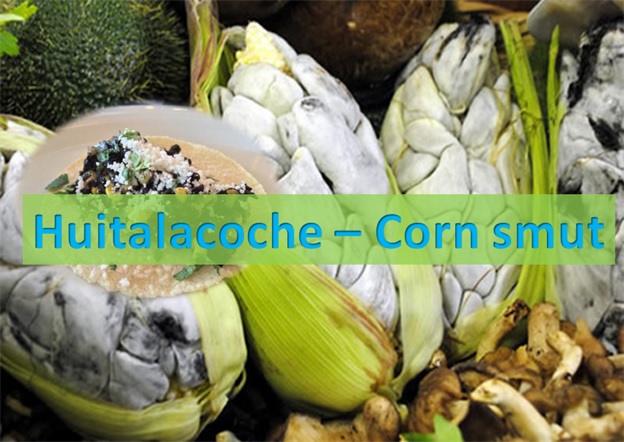 Huitlacoche, or Ustilago maydis, is a fungus, but not a mushroom. Specifically, it is a pathogenic fungus that grows on corn. For American farmers this is “smut” or “devil’s corn” and they consider it a disease to be eradicated.

In Mexico and American Hopi people consider this fungus as delicacy and use the fungus for cooking.

Huitlacoche is rather easy to cook with, sautés easily, and when it is a little dry, it absorbs liquid well.

It shares the earthy flavor of mushrooms, making it a more exotic mushroom replacement.

The earthy and somewhat smoky fungus is used to flavor quesadillas, tamales, soups and other specialty dishes.

Huitlacoche was used by Aztecs in many staple dishes such as stews and tamales, and today it’s very common in succotashes and quesadillas, or as a filling in any meal that might have mushrooms.