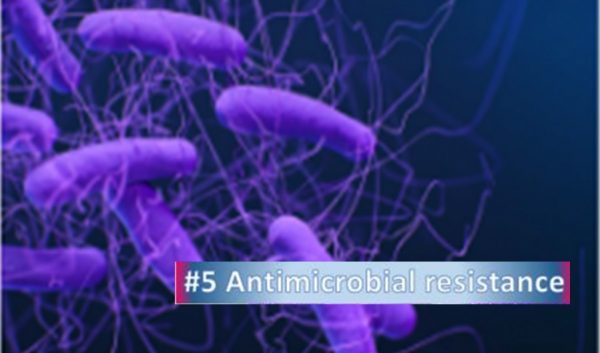 Antimicrobial resistance :Recent studies clearly indicated that there is an increase in antimicrobial resistance organisms including bacteria, viruses, parasites and fungi. These microbes are showing resistance to existing antibiotics, antiviral drugs which is a big source of concern. Reason is there are hardly any new antimicrobial drugs discovery happened in recent years and the drugs that are synthesized are improved version of the existing drugs. It means, microbes are threatening the population and anytime the infections such as pneumonia, tuberculosis, gonorrhea and salmonellosis can spread. It could seriously compromise surgery, and other procedures including chemotherapy treatment.

WHO noted that: “Resistance to tuberculosis drugs is a formidable obstacle to fighting a disease that causes around 10 million people to fall ill, and 1.6 million to die, every year. In 2017, around 600 000 cases of tuberculosis were resistant to rifampicin – the most effective first-line drug – and 82% of these people had multidrug-resistant tuberculosis”