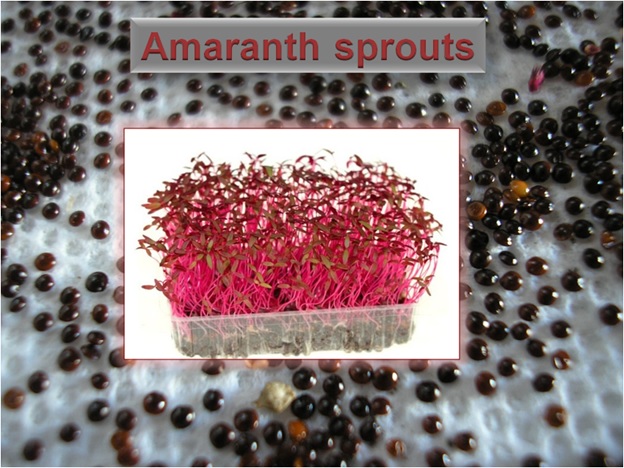 Many amaranths are considered as weed. However, the cultivated or weed these plant leaves are delicious and seeds can be used to sprout to eat. Ancient cultures depended on amaranth as a major staple of their diet, due to its high concentration of protein, folate, minerals, and vitamins. It has since been exported to other parts of the world, including Europe, Asia and North America, but it is still primarily grown and consumed in Central America. Amaranth grains contain around 14-15 grams of proteins per 100 grams. The notable thing about this sprout it isn’t so much the quantity but the fact that they hold all the nine essential amino acids in adequate proportions. Amaranth grains are particularly high in lysine. This amino acid is usually found lacking in other more commercial grains like rice, corn and wheat. Considering the versatility and high concentration of antioxidants and phytosterols, amaranth is one of the most of valuable health foods that you may have never heard of.