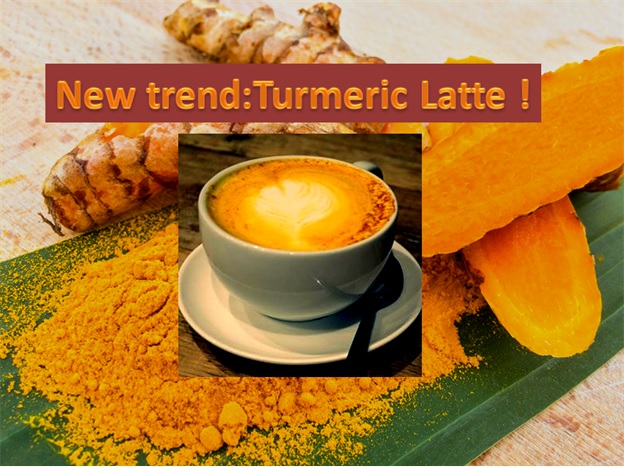 “Golden milk” – have you heard about this? Golden milk is among the top online searches in 2016 and is a popular drink of choice ! What is this golden milk? Ask Indian grandmothers – they know this. Yes, this is nothing but “turmeric milk”, or “haldi doodh “a drink which helps to soothe the throat during cough and cold. Now this golden milk is selling as turmeric latte in cafes from Sydney to US to UK. In a new report on food trends in the US, Google singled out turmeric’s ascent after searches for the spice increased by 56% from November 2015 to January 2016.

Turmeric Latte” is basically haldi doodh, a remedy Indian parents have been giving their children for years (Buzz Feed) Well, the popularity of Indian food & items is going up ! The list goes on… chai -latte, naan, bollywood dance, samosa, tikka masala, chenna, dosa and now it is turmeric milk and turmeric latte !

Indian foods are popular and gaining more importance because of various medicinal and health benefits. After homemade clarified butter or ghee, yogurt or curd, coconut oil, chilly, pickles which are popular from South Asian pantry, the recent popular addition for this is turmeric. Turmeturnric is part of Ayurvedic medicine and also a integral part of Indian cooking from centuries. It has many, many benefits and turmeric plant is considered as wonderful, gifted herb. Turmeric is the vibrant orange-yellow spice affectionately known as the magic sword against inflammation, birthed in India and crowned centuries ago as one of the great dosha balancers in ayurvedic medicine. With all the healing benefits, you can taste the inherent goodness with each sip. It is just as delicious as it is nutritious.

Turmeric latte is an alternative to total caffeinated drink is a recent trend that is happening in Western countries and people love the taste of this new “latte”. Restaurants and cafes are adding espresso shot for an iced version of the yellow milk. Another variation that we can see in restaurants is for the fresh turmeric juice adding coconut milk or almond milk with honey and black pepper gives this new type of latte which is haldi doodh of grandma’s!

6. Raw honey or sweetener of choice to taste

Note:
To make the turmeric paste, combine 2 parts turmeric powder with 1 part boiling water. Mix and store any extra in the fridge for up to 5 days.

• Gently warm the almond or coconut milk or milk in a small saucepan. Do not boil. Add turmeric, ginger and cinnamon.
• Next, combine coconut oil with the mixture and gently heat together until melted. Use a wire whisk or immersion blender to create a foam. Continue to stir until frothy and heated through.
• Stir in honey or sweetener of choice to taste. Sprinkle with cinnamon if desired.
• Turmeric milk is ready to serve !