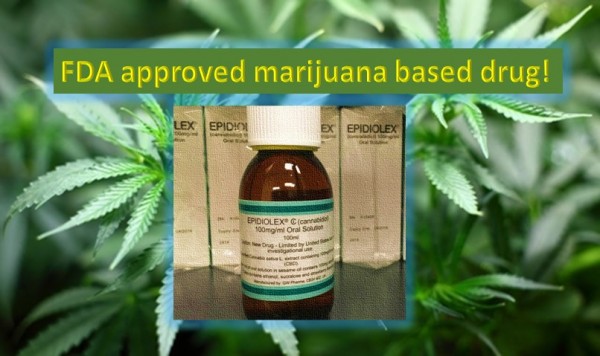 This week US Health regulators approved marijuana based drug which is a prescription drug!

This approval is a milestone in drug research and could spur more research into a drug which remains illegal under federal law.

There is more pressure and demand for legalization of marijuana for medical and recreational use in the country.

FDA (The Food and Drug Administration) approved Epidiolex, medication to treat two rare forms of epilepsy. These two types of epilepsy begin in childhood.  GW Pharmaceuticals from Britain studied the drug in more than 500 children and adults with seizures while overcoming several hurdles. Epidiolex’s effectiveness was studied in patients with either Lennox-Gastaut Syndrome or Dravet Syndrome.

FDA commissioner Scott Gottlieb said in his statement“This approval serves as a reminder that advancing sound development programs that properly evaluate active ingredients contained in marijuana can lead to important medical therapies”… “Because of the adequate and well-controlled clinical studies that supported this approval, prescribes can have confidence in the drug’s uniform strength and consistent delivery”.

The strawberry flavored syrup is a purified form of chemical ingredients found and extracted from cannabis plant. This chemical is not that one which gets consumers /users high or intoxicated (euphoria). The ingredient called cannabidiol or CBD obtained from Cannabis sativa.  According to FDA officials this drug reduced seizures when combined with older epilepsy drugs. Epidiolex is a pharmaceutical grade of CBD oil and it does not contain THC the primary psychoactive compound that gives marijuana mind altering effect.

Side effect of the drug could be: vomiting, diarrhea, fatigue and sleep problems.

Previously synthetic versions of a cannabis ingredients were used in medicine. One application was to treat HIV patients for weight loss. According to FDA, CBD producers previously claimed that their product could treat specific diseases like Alzheimer’s or cancer and have not received FDA approval because there are no clinical trials to prove that CBD can act on these conditions. Such unproven medical claims, Marketing unapproved products, with uncertain dosages and formulations can keep patients from accessing appropriate, recognized therapies to treat serious and even fatal diseases.

CBD oil is currently sold online and in specialty shops. Epidiolex will become available in the fall.