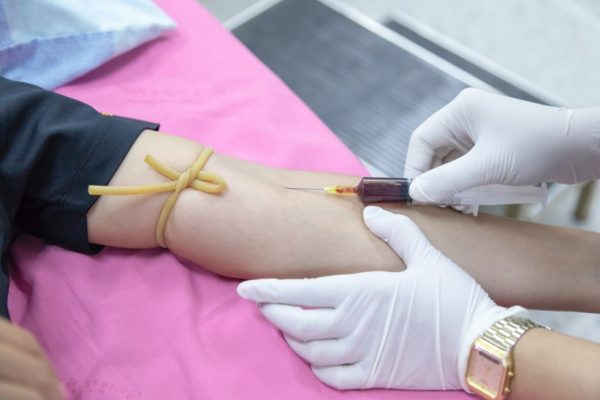 Researchers recently have found a way to use enzymes extracted from human gut bacterium to convert Type A blood to universal donor Type O blood according to a research article published in Nature microbiology.

Typically, humans have one of four blood types A, B, AB or O. The blood group defined by the unusual sugar molecules on the surface of RBC or red blood cells. In an emergency if a person of type B blood receives Type A or vice versa by mistake blood antigens can cause immune system to attack on RBCs. For a blood transfusion to be successful, the donor and patient blood types must be compatible. However, the universal donor group O lacks these antigens and hence Type O can be a donor and if no other blood groups are available in critical conditions, O type can be transfused to anyone. Blood type O plays important role during emergency conditions when there is no time to determine the blood group of patients.

With so many blood donors who volunteer to donate blood, still the world faces blood shortage during critical condition. Sometimes people hesitate to donate blood or many times blood might not be available. According to Dr. Mohandas Narla, a RBC physiologists at New York blood center “there is shortage of blood not just in US alone, there is constant shortage of blood in the world”

In order to fulfill the growing demand for blood transfusion, scientists have tried to transform Type A blood to another universal donor group. Type A blood group is the second most common blood in the world. By removing antigen from Type A group, scientists tried converting Type A to a donor blood group. In the initial experiments they met with limited success because the enzymes that remove sugar from RBC were not sufficiently enough to remove the antigen as economically it was not feasible.

A team of scientists led by Stephen Withers, A Chemical Biologist  from University of British Columbia, Vancouver Canada tried improving the enzymes. For this they took help from human gut bacteria that latch to gut wall. These bacteria feed on the sugar protein called mucins that line the human gut. Mucin sugars are like what we find in RBCs.

From human stool sample DNA was isolated by Dr. Peter Rahfeld, Post Doc Fellow from UBC. The DNA in theory, should include genes that encodes bacterial enzymes that digest mucin sugar. Genetic engineering of the DNA sample with Escherichia coli, a common lab bacteria researchers monitored to see whether any of microbes subsequently produces such proteins that are able to remove A-defining sugars. Initial results did not show anything promising but, when both resulted enzymes were tried together by adding them to substances that would glow if sugars are removed the sugars came right off. It means the enzymes worked on human blood.

These enzymes were extracted from gut bacterium called Flavonifractor plauii. The tiniest amount of enzyme was added to Type A to get rid of the offending sugars.

According to researchers ““make these very promising candidates for cost-efficient implementation into the already existing automated routines of blood collection, processing and storage, with major implications for the flexibility of our blood supply and possible applications in organ transplantation. “

The finding is very promising as the Type A is second largest blood group. If this becomes “universal” donor blood at lab, then the universal blood quantity increases.

More work is needed to understand and ensure that all offending A antigens removed and there will not be any negative effect after the transfusion. Another important point is, researchers need to make sure that microbial enzymes will not alter anything else in RBC.s of recipient as it could have negative impact on health of patient.

Researchers are now focusing only on Type A conversion to Type O or another donor blood group. And, if all the concerned questions are answered and taken care then, world will have enough supply of blood and eases shortage of blood.

Image credit: Photo by Amornthep Srina from Pexels (Free for commercial use)

If you are a smoker, then think before you pick up next cigarette. Recent reports on Covid-19 telling us that smokers are prone to severe covid-19 infections...

Face masks act as barrier and prevent spreading of Covid-19. It prevents respiratory droplet releasing into air and infecting others who are around us. It is good..

By Amanda Froelich ( http://www.trueactivist.com) (This time of year people look for fresh produces as this is the season we get freshly grown fruits and vegetables. Some..