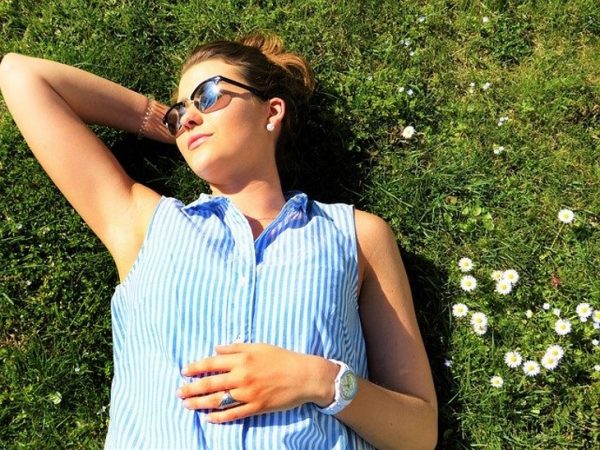 We know Sunlight is major source of Vitamin D for human body. A brief exposure to UV light rays bumps up Vitamin D levels and for this reason nutritionists suggest exposing body to Sun light every day. A recent study by group of microbiologists gives another solid reason to sit in Sun every day or to take vitamin D supplements during winter.

While brief exposure to UV rays helps to increase Vitamin D absorption, it could also help to add more varied good collection of gut bacteria according to research. A team of researchers from University of British Columbia, Vancouver, Canada studied how the gut microbes/ microbiome responds to Sun UV light.

People who live at higher latitudes with less exposure to UV light are at higher risk of Vitamin D deficient and it could lead to multiple sclerosis and inflammatory bowel disease. An earlier research finding by group of scientists from Department of Nutrition, Mashhad University Iran revealed that, Vitamin D deficiency leads to dysbiosis of gut microbiome and reported to cause severe colitis and Vitamin D supplement is a low cast therapy for such gut conditions.

Question is how Vitamin D is linked to stomach conditions or gut health?

The study conducted by British Columbia University researchers involved 21 female volunteers (aged average 28). Initially volunteers had their vitamin D level tested and stool samples were examined to determine the makeup of microbiomes from the gut.  Volunteers had fair Fitzpatrick skin types 1 to 3 and study was carried out during winter in Canada.  Some of them were taking supplements to keep up their vitamin D and levels and the others were not taking supplement and were having insufficient levels of Vitamin D. All these women volunteers were later exposed to a narrow band of UVB rays, three times a week.

End of the week women were tested for Vitamin D levels and stool samples for microbiomes. In majority Vitamin D levels increased including the ones who were taking supplements. Those who had low or insufficient level of Vitamin D at the beginning had normal levels and their microbiomes were diversified! This explains that the vitamin D production was the main diver of the shift in the microbiome said study author Else Bosman. Use of UVB light is because it produces Vitamin D and using UVB rays makes it clear that vitamin D is important to maintain the healthy gut.

In the present study  Bosman, the researcher said that “healthy people tend to have more diverse microbiomes”. People who are suffering from inflammatory bowel syndrome or disease will have difficulty in absorbing nutrients through digestive systems. In IBD conditions microbial level in the gut is always low.  For proper digestive function they need microbes support. Study shows that spending time in sunlight every day helps to boosts vitamin D levels and gut microbiome. Intervention of UVB exposure makes the study great. Because even though the number of participants small in the present study, the evidence show that vitamin D is important for gut health.

“The results of this study have implications for people who are undergoing UVB phototherapy and identifies a novel skin-gut axis that may contribute to the protective role of UVB light exposure in inflammatory diseases like MS and IBD.” Prof. Bruce Vallance

It would be very interesting to repeat the study with participants that have a lot more variety in ages and with bigger study groups to confirm the results. It would also be great if we can test if the phototherapy is useful for people with intestinal inflammation to promote their gut health says Bosman.

At this point, the research clearly shows the significance of vitamin D in helping to increase the gut microbiome diversity. However, the extent to which variation in microbiomes resulting from fluctuating Vitamin D levels affects gut health is unclear and yet to be studied. More studies needed to include all skin types, both male and female participants are also needed for the study.

Obtaining enough Vitamin D from diet alone is hard. During winter people who live in north have hard time to get sun light exposure. Taking the supplements in winter fulfills the need of daily dose of vitamin. In summer, sitting, walking and outdoor activities in Sun helps to get enough Vitamin D.

Image credit: Image by silviarita from Pixabay (Free for commercial use)